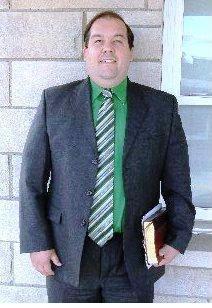 Pride is one of the worst attitudes we face. Sadly, there are those who portray this “proud” attitude among us. Pride has raised its ugly head on many occasions, starting very early in the history of man. Because of this, God often warns us about the dangerous attitude of pride.

For example, the Holy Spirit, through Solomon, warned of pride in the book of Proverbs. This book says, “The fear of the LORD is hatred of evil. Pride and arrogance and the way of evil and perverted speech I hate” (8:13). On another occasion, we read, “When pride comes, then comes disgrace, but with the humble is wisdom” (11:2). A third proverb says, “By the mouth of a fool comes a rod for his back...” (14:3). Solomon also warns, “Pride goes before destruction, and a haughty spirit before a fall” (16:18). Finally, “One’s pride will bring him low, but he who is lowly in spirit will obtain honor” (29:23). Is there any doubt what God thinks of the prideful, arrogant attitude that many possess?

We see several people in the Bible who displayed pride. Consider Diotrephes, who loved “to put himself first” (III Jn. 9). Because of his pride, he did “not acknowledge (the apostles’) authority.” He not only used malicious words against John and other apostles but did not receive some brethren and put “them out of the church.” This man was so lifted up with pride that he was literally out of control. He would allow no one to question the preeminence he had in that church. Friends, this is as wrong as it can be!

Other examples of pride include King Nebuchadnezzar, who lost his kingdom for a time because he thought he was a “self-made man.” This was wrong. (Dan. 4:30-37, 5:20). Ultimately, his grandson Belshazzar lost the kingdom forever because of his pride (Dan. 5:22-31). This man did not learn from the mistakes of his grandfather (Dan. 5:22-23). Hosea 5:5-7 records that even God’s people, Israel, were guilty of pride. As a result, God withdrew Himself from them.

God has no part or lot with a proud man. One with pride cannot be His child. The “proud” person thinks only of himself and is not humble. The Bible declares that God “resists the proud, but gives grace to the humble” (I Pet. 5:5-6). Friend, do you have a proud attitude? If you do, you need to repent. God hates that attitude (Prov. 6:16-17).