Jarrod Jacobs: Not New Patches on an Old Garment 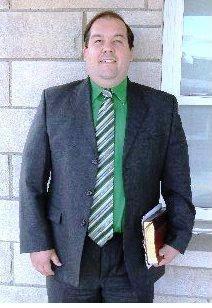 Mark 2:18-22 might seem like a strange conversation when we first read it, but as we study, we see Jesus made a profound point that the gospel He was preaching was unlike anything that had been taught on earth! His teaching didn’t fit the “mold” they were used to. It wasn’t merely a “new patch on an old garment.”  I think about the Lord’s illustration in this passage when I hear people say that in the sermon on the mount, Jesus was “fixing the Old Testament.” That’s wrong. He wasn’t patching up an old garment in that sermon! He was preaching about a new thing! This is why the people responded in amazement to His teaching (Matt. 7:28-29; Mk. 1:22).

We must understand this because many today don’t respect the distinction between the Old and New Covenants. When we don’t do that, we aren’t handling God’s word accurately (II Tim. 2:15). When we don’t respect the context, then we’re likely to get the teachings mixed up. No doubt, one reason there are so many religions and so many churches is that people aren’t handing God’s word accurately! They aren’t respecting what the Lord said in Mark 2!

When the gospel message was preached in the first century, it was unlike anything this world had ever heard (Acts 2, 3; I Cor. 15:1-8; etc.)! The gospel revealed a plan of salvation that no one had ever heard before (Mk. 16:16). It made people something that they’d never been before (Acts 11:26). It brought them to the throne of God by “a new and living way” that people had never accessed before (Heb. 10:20). Is there any wonder that the people in Christ’s day were confused at His words at times? They hadn’t considered what He was saying, nor the depth of the truth He’d revealed.