It's in the Love, Not the Blood: Billboards & Phone Calls 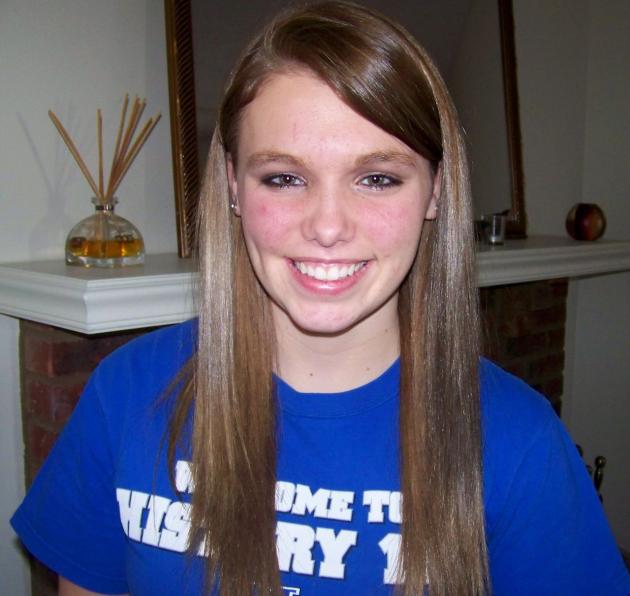 One night when I was around 7 years old, my dad came to tuck me in bed, I explained to him that I was lonely and asked if I could have a baby brother.  My father just smiled and said he would talk to my mother about it; 9 months later I got my wish, a baby brother.  He was cute, cuddly and smelled like baby lotion.  Then the cuteness wore off and I decided I wanted an older brother instead.  So I asked my parents if they would adopt a boy in order for me to have a big brother.  I remember my parent’s maniacal laughter and saying something to the effect that my little brother and I were plenty enough for them.  This was my first inquiry into the world of adoption.

As I look back at my life, I think adoption was to be part of my destiny.  Like most girls, I played mommy to my dolls.  My babies were different colors, sizes and, at times, assorted species.  Although they were all different, to me they were all the same and I loved them regardless.

Infertility is an awkward subject matter.  I remember my friends talking about changes their bodies were going through and wondering why mine wasn’t changing.  I knew I was “different”. My husband and I discussed my inability to have children before we were married.  I had told him that I had accepted my situation a long time ago.  No one likes to discuss why they can’t perform the miracle women have been doing for centuries, especially when there isn’t an explanation to give.  We talked about our options:  in vitro fertilization was too expensive and fertility drugs ran the risk of multiple births.  Even with these options there was no guarantee I would conceive.  I told him that someday I wanted to adopt a child.  He was very open to the idea and we decided that when the time was right, we would receive a sign.

Nine years ago, my husband and I were driving down the road and we saw a billboard advertisement that read, “Do you want to be a foster parent?” I remembered the boys and girls I went to grade school with who lived at Potter’s Children Home.  I wondered if they ever got a family of their own.  As the comedian Bill Engvall would say “Here’s your sign!”  Why not foster children until the time when we could afford to adopt a child?  My husband said to make the call.

Since we were already in our late thirties, we decided that we would foster older children.  Like Forrest Gump said “Life is like a box of chocolates; you never know what you’re gonna get”.  Our first child was an eight day old baby boy.  His goal from social services was adoption, but for the time being he was to be in foster care. My husband was unfazed, because he has a son from his previous marriage.  I didn’t get the extra nine months to read the instruction manual that comes with a new baby, so I had two days to get ready!  I fell in love with him the moment I held him at the hospital.  I even got a hospital bracelet to let the world know he was mine.

In October 2004, after 19 months of anticipation, the baby became my son.  It was one of the happiest moments in my life.  I was finally a mommy. Two months later, on a cold January evening, two beautiful brown eyed brothers came to our home.  The following October we received an unexpected call.  The birth mother of our son had just given birth to another baby and they asked if we would consider taking him into our home.  He was premature and weighed four pounds.  I had never seen a child that small.  His whole body fit in the palms of my husband’s hands.   Then in 2006 I became a mom again, three more times all because of these two phone calls.  It is as if they were all meant to be a part of “our” family.

There are currently over 1,800 children in the Kentucky foster care system waiting to be adopted.  These children are not just the newborns most people picture when they think of adoption, but are also older boys, girls and sibling groups.  Last year, 55 children were adopted from foster care in our local 10 counties although many are still waiting for their forever family.  If you have ever thought about adoption, please consider adopting a child from foster care.

C. Denise Lambrianou is the Program Coordinator for Family Enrichment Center-Adoption Resource Program, which is funded in part by a grant from the Cabinet of Health and Family Services, Department of Protection and Permanency and Wendy’s of Bowling Green.  If you would like information about becoming a foster or adoptive family, or you would like to inquire about a featured child, please call (270) 781-6714 x 3 or (866) 842-9032 x 3.

Monica (8/95) is a very sweet and outgoing young lady.  Monica enjoys being a teenager and is very involved in her school and community.  Monica loves to dance, and has thought about joining her school dance team in the future.  She also loves being a cheerleader at her school, and everyone says she is very talented.  Monica also enjoys singing whenever the opportunity presents itself.  Monica has a goal of finishing high school and completing college.  This will not be a difficult challenge for her, as she is very smart and does excellent in school.  Monica will be able to complete her academic goals very easily if she sticks with them.  Monica describes herself as, funny, outgoing, smart and caring.  Monica enjoys hanging out with her friends, and she also enjoys watching movies.  Monica stated her dislikes are shopping, reading, and being limited in what she can do due to being in foster care.  Monica has a desire to be adopted and to be a part of a family.  Monica desperately wants to be able to enjoy the rest of her teenage years with a family, and not in a foster care setting.  Would you be willing to open your heart and home to this sweet young lady?  If so, please inquire today about how you can help Monica find the answer to her dreams.