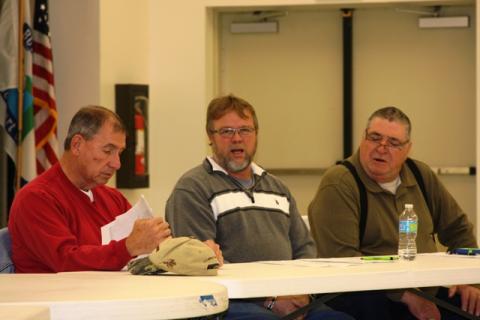 Much discussion centered on Kentucky Copper and its financial difficulties and how they may impact the city of Morgantown.

According to Mayor Linda Keown, Kentucky Copper has until December 31, 2014 to make a payment.

"We are at a stand still till after the deadline.  We have not heard from Kentucky Copper and our attorney has sent the proper paperwork to Kentucky Copper," said Keown.

Following the IHC meeting the Morgantown City Council had a called meeting.  With all members present they approved the following:
•    1st Reading of 2nd Amended Budget 2014-15: reflecting the $50,000 transfer to the IHC
•    2nd Reading of the Nuisance/Blighted Property Ordinance 2014-14: This passed on a 5-1 vote with Dionne Merritt voting nay.
Merritt stated that she voted against the ordinance because of her concern with a statement about recurring noise levels.
“I just want to make sure we don’t put concerts or special events in violation of the ordinance,” said Merritt.