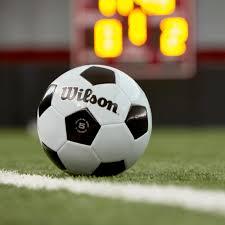 BOWLING GREEN - Visiting Butler County faced a deficit during the opening half and was limited throughout the girls' high school soccer match as Warren East pulled away to win 4-0 on Tuesday, Oct. 6.

Lucy Patterson scored two goals to lead Warren East to the win. Along with Patterson, Chloe Grayson (one goal, one assist), Katherine Sanford (one goal) and Sydney Moutardier (one assist) contributed for the Lady Raiders in the victory.

With the loss, Butler County dropped to 0-8 overall and 0-4 in the 11th District.

Along with Tucker and Rogers, Chloe Peterson (one goal, four assists), Maddie Shilts (one goal) and Skylar Tucker (one assist) contributed offensively for Breckinridge County in the victory.

The Lady Bears will enter the postseason later in the month.