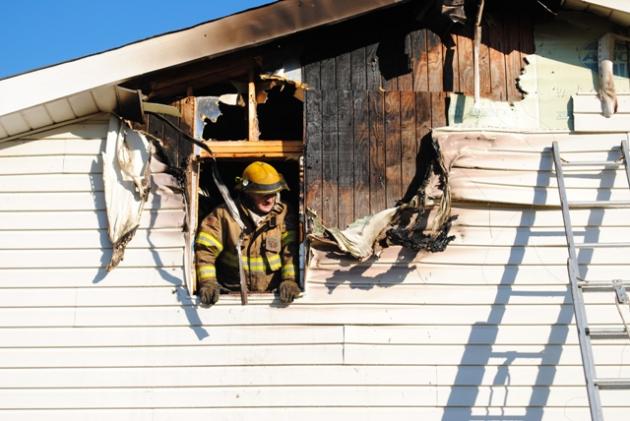 Alana Chapman said she rents the house from Kelly Chapman and has two children who live with her.  The six-year-old and eight-year-old were home with a family friend when the fire started.  According to Doug Weathers, Morgantown fireman, "There is a lot of smoke damage in two second story bedrooms."  He said the fire was  mostly contained to one bedroom.

Morgantown Fire Department Chief, Tim Hampton, said, "It's a good day. The kids were upstairs, and they got out safe.  The structure can be repaired."