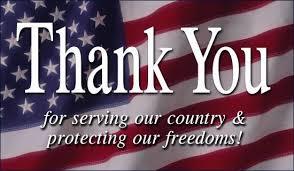 Beech Tree News proudly honors the following men for their service to our country:

Charles joined the United States Army when in February 1964, At the old age of 19 years old. His basic training in Fort Polk, Louisiana then to AIT in Fort Jackson, South Carolina. Charles’ duty in Germany was that of a truck driver delivering fuel, ammunition, food. He delivered what was needed for the soldiers in the field and at camp.Charles returned home and married Earline McKinney June 23, 1967. They were blessed with one daughter Dana and 3 grandchildren, Austin, Autumn and Jake.

This is a photo of my Grandson Logan Scott Parker. Logan graduated from BCHS this year and graduated from USAF basic training Oct 1. He is currently attending tech school for Remotely  Piloted Aircraft  Sensor Operator (1U0X1) at Randolph AFB, Texas.Logan participated in JNROTC the last two years of high school after he came to live here, he was also a member of Granville Allen VFW Post 5837 Auxiliary. We are proud thar he decided to serve prior to his Junior year and took a deferred enlistment, signing up in July of 2019.