Higgins, a survivor of the 1988 Carrollton Bus Crash, speaks to local bus drivers 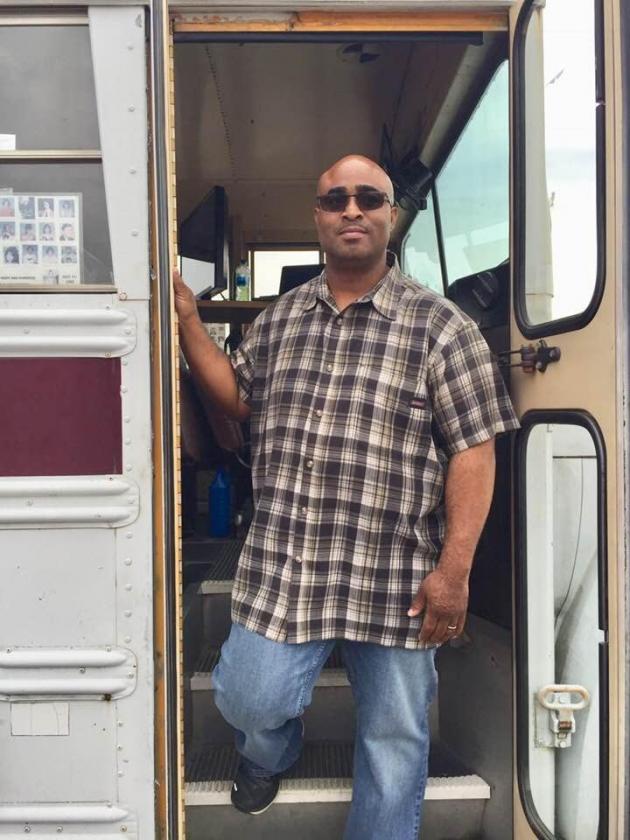 The event that has changed the course of his life in 1988 is now doing the same thing in more recent years.  Quinton Higgins, a survivor of the 1988 Carrollton Bus Crash, wants to make sure those who lost their life in the that tragedy are not forgotten.  To that end, Higgins, now a bus driver in the Hardin County School District, is speaking to groups about bus safety and impaired driving, among other issues.  He spoke about these issues on Monday at a bus driver training for the Butler County School District.

“He has a very unique perspective about not only driving a bus but life in general,” said Jeff Jennings, Butler County Schools’ Transportation Director.  “He continues to work through the issues of being a ‘survivor’ but has found a poignant way to honor the lives of his friends.”

The crash that Higgins was involved in as a teenager took place on May 14, 1988 in Carroll County Kentucky.  He was with a church group returning from Kings’ Island.  67 people were on the bus and there were 27 fatalities - three adults and 24 children.  Higgins was sitting about six rows back from the driver when a truck driven by Larry Mahoney struck the bus almost head-on going in the wrong direction on I-71 in northern Kentucky. The bus, shortly after impact, burst into flames, which was what proved fatal for passengers.

Mahoney was under the influence of alcohol at the time.   He was later sentenced to 16 years in prison and served nine, according to Higgins.  As part of his ministry, Higgins purchases and restored a replica (same year and model) of the bus that was involved in the crash.  He has photos attached to the seats representing where each child was sitting.

Higgins was actually not a member of the church sponsoring the trip but ended up going with a friend, Anthony Marks, who died in the crash. After initially losing consciousness, Higgins finally made his way to the back exit and was pulled out a truck driver who stopped to help.  He was in the hospital for approximately six weeks with burns and some lung damage due to smoke inhalation.

In the years following the Carrollton bus crash, DUI laws were gradually strengthened and bus safety features were improved, as well as safety procedures.  Higgins is grateful for the important steps that have been made and he is committed to making sure that the 27 deaths of the Carrollton bus crash will always be remembered.  That is his mission.