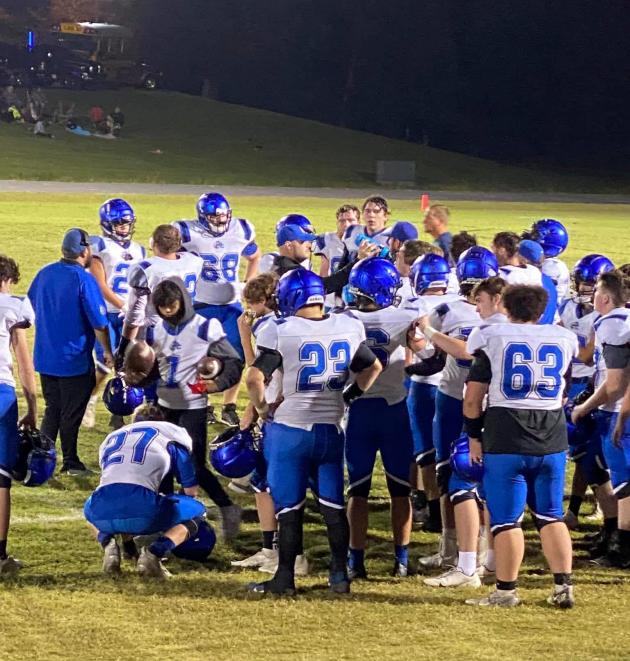 Clinton County dropped to 1-8 as a result of the loss.

The Bears and Bulldogs are rivals from bordering districts.

Butler County moved ahead early and gradually pulled away to win convincingly. The Bears led 44-12 at halftime.

Through the air, Henderson completed 16 of 23 passes for 230 yards and four touchdowns. On the ground, Henderson rushed 10 times for 93 yards and one touchdown.

Running back Colton Dunnells led Butler County on the ground, rushing 14 times for 130 yards and three touchdowns in the Bears' win.

Behind Binion in the defensive category for Butler County, Dillon Hudnall and Gage Beasley logged nine tackles and seven tackles, respectively. Beasley and Jay Peralta delivered one interception apiece for the Bears. Providing a defensive score for Butler County, Beasley returned a picked off pass 35 yards for a touchdown.

Butler County is scheduled to host Ohio County for a regular season finale on Friday, Oct. 29.