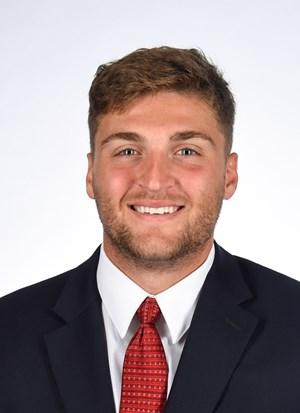 In December, Henderson was voted to the Conference USA All-Freshman Team. Henderson was a key contributor on special teams for the Hilltoppers, finishing the season with three solo tackles. In addition, his 11-yard rush and conversion on a fake punt at Ball State on Sept. 22 helped lead the Hilltoppers to a 28-20 victory over the Cardinals.

In high school, Henderson started at quarterback for three seasons. He finished his high school career with 7,525 yards passing and 79 touchdowns and 2,763 yards rushing and 59 touchdowns. He racked up 10,288 yards from scrimmage on offense alone, not counting the many punt and kickoff return yards he had during his career. As a senior, Henderson was named Class 2A, District 2 Player of the Year after being tabbed Honorable Mention All-State as a junior.

WKU will hit the practice field for the first time under new head coach Tyson Helton on March 12, the first of 15 practices during the spring session. All practices will be open to the public.

The Hilltoppers will practice three times per week, Tuesday, Thursday and Saturday, with the weekday practices in the evening and Saturday practices tentatively scheduled for the mid-morning hours.

Spring practice for the Hilltoppers will conclude on April 13 with the annual Red vs. White Spring Game at 2 p.m. inside Houchens-Smith Stadium.

Tentatively, WKU will be on the field from 4 to 6 p.m. for Tuesday and Thursday practices at 10:30 a.m. to 12:30 p.m. for Saturday practices and scrimmages. Time and dates are subject to change.

Henderson is expected to vie for more playing time during the 2019 college football season.