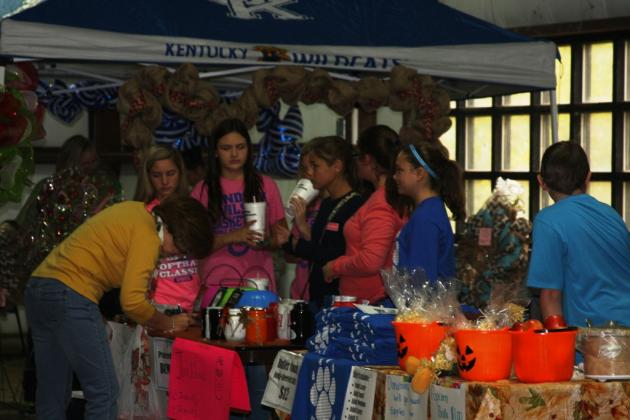 Harvest on the Square, sponsored by the Morgantown -Butler County Chamber of Commerce, was a success despite the weather on Saturday.  The event had to be moved indoors to the Eva J. Hawes Building but the rain did not dampen the spirit of the crowd.  Shopping, food, children, trick -or-treating, and contests made up the day. Three groups of Moria Givens’ students from the Dance Academy performed to the delight of the crowd as well as line dancers.