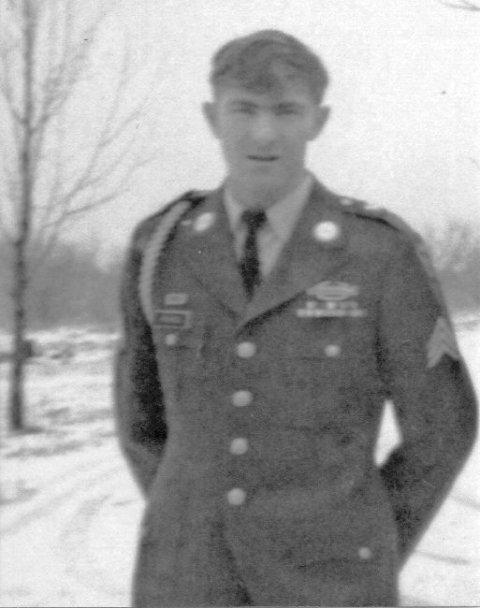 The Green River Chapter NSDAR has selected Roger Brooks as one of the Veterans of the Year for 2011.  He will be honored at the Veterans Reception, after the Veterans Day Parade on Saturday, November 12, 2011 at Morgantown Elementary Cafeteria.

ROGER BROOKS
Roger Brooks, of Butler County, son of Dewey & Vivian Brooks had two brothers Royce and Kenneth and one sister, Joyce.  He graduated from BCHS in 1966 and attended WKU one year before being drafted in the U.S. Army on January 1, 1968.  His basic training was at Fort Campbell, Kentucky January through March and combat infantry training, Fort Polk, Louisiana, March through June, 1968.  He arrived in Cam Rahn Bay, South Vietnam June of 1968 and was assigned to the 4th Infantry Division in Pleiku (Central Highlands).  His first day in the field was for 'A' Company and they assigned him to the M-60 Machine Gun .  It was on his 21st birthday, July 4, 1968.   In September, 1968 he was transferred to E Company, the Reconnaissance Unit of the 1st and 12th Infantry of the 4th Infantry Division.  They did the Reconnaissance for the Division by 4-man patrol teams.  He was the RTO (radio operator) for his team.
Roger was wounded on March 5, 1969 on Chu Do Mountain, outside of Kontum City.  After a few weeks of hospitalization in Pleiku, Japan and Walter Reed Army Hospital, he was assigned to Fort Knox, KY to complete a two year tour with rank of Sergeant E-5.  He received medals of National Defense, Combat Infantry Badge, Purple Heart, Bronze Star with V and Army Commendation Medal.
After retiring from Morgantown Bank and Trust with 34 years of service, Roger is enjoying the outdoors.  He still lives in Butler County with his wife, Gayle and they travel to Glasgow quite often to visit their son, Jason and his wife, Lynette.  The grandchildren are Lydia, Jenna and Eli.