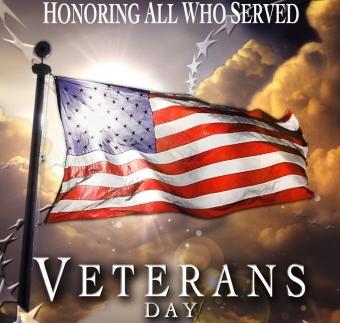 The Green River Chapter NSDAR has selected Charles E. Romans as one of the Veterans of the Year for 2011.  He will be honored at the Veterans Reception, after the Veterans Day Parade on Saturday, November 12, 2011 at Morgantown Elementary Cafeteria. Everyone is invited to attend.  Charles Ernest Romans
In 1942, the government asked the high schools to teach Aeronautics.  Morgantown High School participated in the program and Miss Hood's math,  Miss Lee's grammar and Mr. Spickard's science classes were utilized to teach the basics.  Charles Romans had never seen an airplane on the ground, but he loved the course.  He graduated from Butler County High School (then Morgantown High School) in 1943.
When he turned 18 in August 1943, he went to Western Kentucky University and took the Air Corp Aptitude Course and scored 257 out of a possible 270.   It was Charles E. Romans' turn to train for World War II.  He left Butler County and  reported for active duty to Florence, KY in September 1943.  Boot training was in Jefferson Barracks, Missouri for two months.  It was a rough two months.  He was tough from hard farm work, but the 20 mile runs and obstacle course training were grueling. The weather conditions were either bitter cold or cold mud.  One trainee died that year.  Seven others in his hut were in the hospital for a while.
After two months of toughening up, December 1943 to April 1944, he was sent to Butler University, Indianapolis, Indiana.  There, the HINKLE FIELDHOUSE became his home for the next five months.  They tried to take some of the "country" out of those potential officers with classes in Physics, Public Speaking and other subjects.   In the fifth month of training, they went to the local airport and he saw his first airplane up close.   This began his actual time in the cockpit.
April saw the first 10 hours of flight time in a Piper Cub.  The next 10 weeks were at San Antonio Preflight School in Texas.  His Primary training in PT-13 Stearman Bi-Planes at San Angelo, Texas.  Next, San Angelo's Goodfellow Field for Basic Training in AT6's Advanced Training in B-25's at Pampa Army Air Field in Texas.  He received his Wings and commission at Pampa, Texas on May 23, 1945.  He had high grades in Navigation and spent the last few months of his military career at the San Marcos, Texas air base flying navigation cadets on training flights and evaluating their performance in the air for their ground school instructors.
Soon after, the Atomic Bomb was dropped and Japan surrendered.  The U.S. had a well trained military, to be sure.  With airmen in surplus supply at that time, he applied for discharge to pursue a course of study and teaching others .
Charles has followed several occupations in his lifetime but the most time spent was driving a large transport truck, city bus, trolley, school bus, for various transportation companies.  His great-grandfather was a professional photographer and his passion for photography and the written word are still a very important part of his existence.  He has written articles for various magazines, including Pilot, the official magazine of the aircraft owners and pilots association;  and Bride and Groom, on wedding photography.   He not only has been a student of history, but has been a writer of history.  He continues now to write his memories of his own personal experiences and the history of Butler County and Kentucky.
Charles Ernest Romans was the son of Henry Romans and Opal Lorene Vincent Romans.  He was born in Illinois in 1925.  His other siblings were twin brothers: Harold Wayne Romans and Henry Duane Romans and an infant who died before Charles was born.  Sisters were:  Wanda (now deceased),  Velma (widow of Clifford Phelps) and Maude Rena Collier.  The family moved back to Butler County in 1934 and after spending most of his life away from here, he moved his family back in 1997.  He was married to Nell Roy White (the mother of his children) for 35 years and after her death, he married his present wife, Libby Jane Forester Romans.
His children are:  Charla Kay, Henry Kent and Vincent Kendall.
Charles occupies himself with his lawn care business, photography and writing his memories for the Banner/Republican.
Charles is a member of the Beaver Dam congregation of the Jehovah Witnesses.  He has taught classes and ministered since he left the military.   He said, "I hope I am as good of an ambassador and advocate for that Kingdom as I was a commendable performer in the U.S. Military.  I take great delight in serving the good people of Butler County in that way."