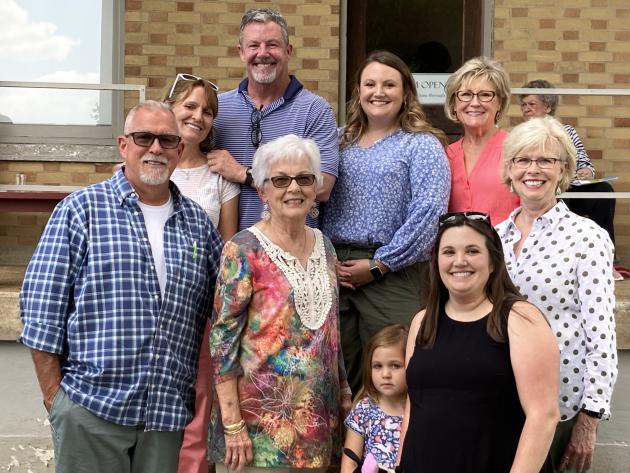 Each year the Green River Museum honors someone who has impacted or preserved Butler County's history. The 2022 Impact Award recipient, Peggy Ayers Drake, recognizes her life and work. A special presentation by Tommy Hines, Museum Director, and reception was held in her honor on Saturday afternoon. 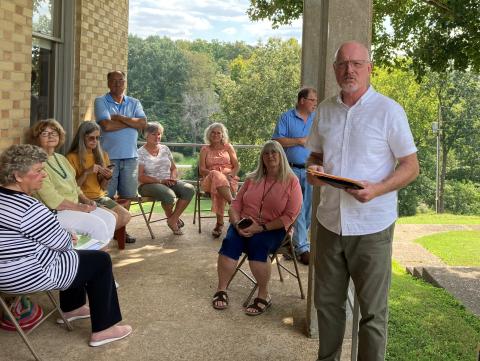 Peggy Ayers was the first child of Owen and Maxine Doolin Ayers. The couple farmed during the Great Depression until he began operating a small grocery and gasoline store in 1939. Eventually, located at the corner of Old Ferry Road and Logansport Road, a building that many remember as Hoop's Grocery. In the living quarters of this store, the Ayers' second child, John Ben, was born in 1940.

If you are curious about where Peggy learned the importance of hard work or gained her entrepreneurial spirit, you don't have to search much further than Owen Ayers. In 1943 he started a trucking business, hauling grain and livestock, then selling fertilizer in the front yard of the family's home, about a mile down Logansport Road. After the war, Owen moved his operation to Morgantown, still maintaining his trucking business and selling fertilizer in a warehouse next to Hesbie Huff's garage. He expanded his business even more in 1951, moving to Ohio Street. Finally, in the mid-1950s, he purchased the property and built a concrete block building at 620 Logansport Road, a location we all know. 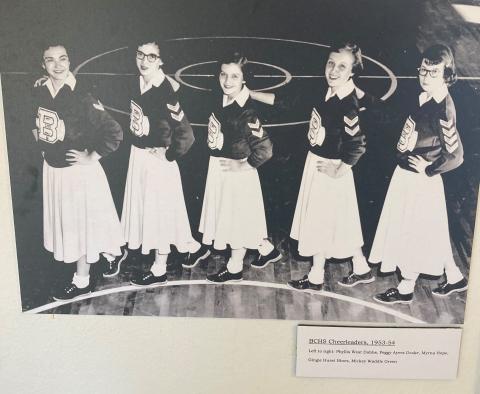 While all this was going on, Peggy graduated from Butler County High School in 1955, salutatorian of her class. She was involved in several activities during her high school years, including participating in plays, being a member of FHA and 4-H (being a great cook and seamstress, modeling one of her dresses at the State Fair), being a member of the annual staff, and being a cheerleader her sophomore through senior years. A few months after graduation, on November 5, 1955, Peggy married Howard "Droopy" Drake. As a significant footnote to that marriage, Peggy and Droopy have two children, Deana and Denny. 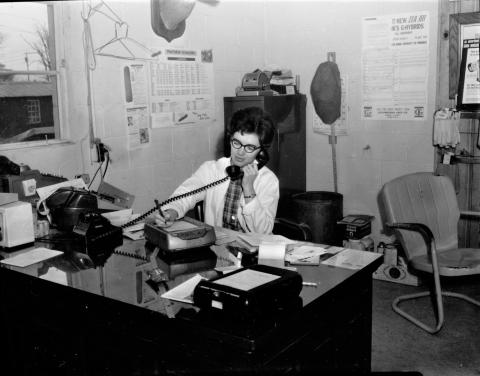 By 1960, Owen Ayers was in declining health, and he hired Peggy as his bookkeeper, a very fateful decision. Peggy and Droopy purchased the inventory a year later and soon began to expand the business. In 1978 the Drakes bought the real estate from Peggy's mother and acquired more property for future growth. Denny joined the business in 1987, and Drake's Farm Service has only continued to develop, modernize, and expand over the years.

Peggy has played a major role in this small business success story. Her commitment to hard work, her relationships with customers, and her willingness to not only accept but embrace change have contributed immeasurably to Drake's Farm Service.

Peggy is a natural-born historian and archivist. She has carefully documented her family's history, writing down narratives and stories, and compiling and documenting treasured family photographs. She is a "keeper" of things and has been very generous with the museum over the years, loaning important objects to a variety of our exhibits. When her brother-in-law, Wilbur Drake, passed away several years ago, she was faced with the task of what to do with his belongings which were significant in number. She dealt with the same situation after the death of her sister-in-law Lennie Drake. Instead of throwing up her hands, Peggy ensured that essential things were saved and preserved, given to people with a personal connection, and donated many items to the museum. As a result, our collection of BCHS yearbooks grew tremendously because of both family members' association with the school system. We now have nearly every annual in the museum's collection from 1938-1988.

One of the most important aspects of Peggy's life is her faith. If you know her, you know that First Baptist Church and its ministry is a major focus in her life and has been for over seven decades. She made a profession of faith at Vacation Bible School in the summer of 1948 and was baptized the following February. Peggy says she doesn't know why they waited so long unless the church was waiting to see if her salvation took. She has served within the church and served the community through the church tirelessly year after year.

When First Baptist celebrated its 100th anniversary in the current building in 2018, Peggy researched and published historical updates for many weeks before the event, mounted an exhibit of old photos and objects related to the church's past, and helped plan a celebration that packed the house. Her love for history and her mad organizational skills were evident throughout the process.

We honor Peggy Ayers Drake today for her consistent service to this community. For the way she exhibits compassion for the people of Butler County, both as friends and customers, her love of local history, and the many ways she has gone about preserving it; how she has embraced the values of hard work, generosity, devotion to family, selflessness, and the importance of knowing your past.

So we honor Peggy by adding her name alongside Sam Kent, Charlie Black, Alma Jean Hocker, W.S. Overstreet, George Dabbs, and others who have preserved and made history and made an important and lasting impact on Butler County and its citizens."