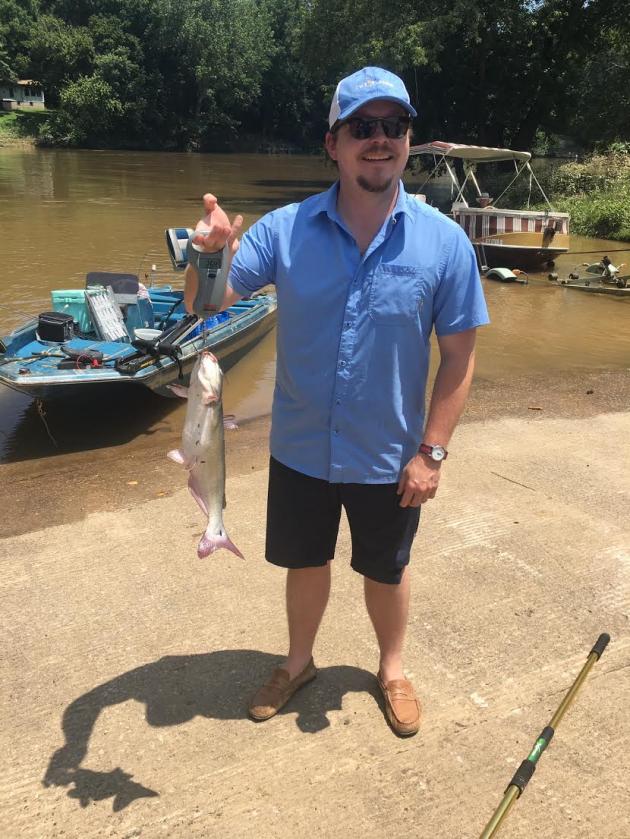 UPDATE:  The Green River Catfish Festival Fishing Tournament ended on Monday with one additional tagged fish caught--Jodie McKinney (tag #0433).  McKinney's catch brings the total to 11 tagged catfish caught in the three-day tournament.  Those who caught tagged fish will find out how much money they have won at the opening ceremonies on Thursday, July 4, during the opening ceremonies of the 2019 Green River Catfish Festival at 5:00 p.m. at the Charles Black City Park in Morgantown.

ORIGINAL STORY:  Butler County fishermen turned in another impressive day on the river on Sunday with five more tagged catfish caught - including two individuals who snagged their second tagged catch.  That brings the two-day total to ten fish caught.

The fishing tournament concludes today at 6 p.m. with more daily prize drawings and a dinner for fishermen sponsored by Gander Outdoors of Bowling Green.