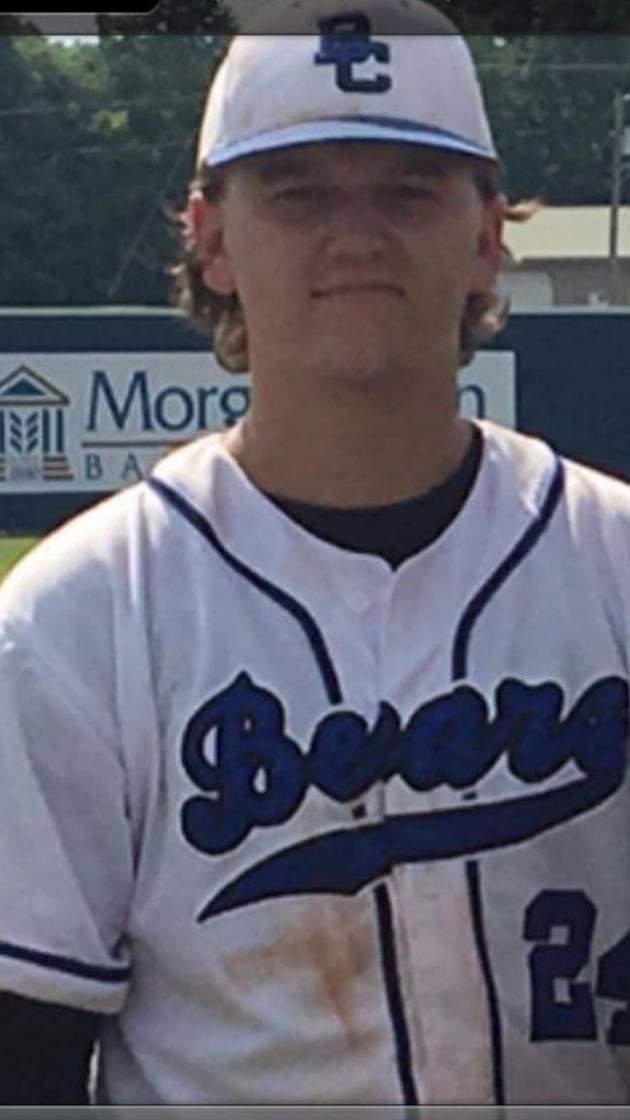 Butler County High School three-sport athlete and standout Blake Graham has announced plans to sign to play collegiate baseball with Southern Indiana (Evansville), a Division 2 powerhouse.  Graham has been a steady presence on the BCHS sports scene as a football, basketball and baseball player.

Graham, who has started varsity baseball at Butler County since the 6th grade, started to pick up major interest entering his junior season in which he broke several school records.  Most notably, Graham's achievements on the field include most hits in a season and most career hits. Graham also played travel ball with the Clarksville Orioles - a connection then Bears' Assistant Coach Clint Clark had made.  That connection led Graham to get involved with that organization. He played in many showcase tournaments and events that summer that would lead to him being noticed by the USI coaches and others, as well.

Coupled with his record-setting hitting at Butler County, he is also a talented pitcher and with his velocity increase into the mid-to-upper 80 mph range, Graham really began to be noticed.
Graham's junior season at Butler County really got the ball rolling. Before travel ball, Graham and the Bears would win the 12th District Tournament championship. During the season Graham hit at an incredible .591, having 68 hits overall, an on-base percentage of .662 and slugging percentage of .772. Incredibly, he only struck out three times in 140 plate appearances. Graham's play garnered him a spot on the Kentucky East-West All Star team following both his sophomore and junior seasons.

Graham is also an outstanding student, being named to the All-Academic teams numerous times. He also set the career receiving yardage school record with 1,807 on the football field, along with most career touchdown receptions in Butler County history with 22. He is also a significant contributor to the Bears' basketball team, being named to the 12th District tournament team in 2015 following the team's 12th District Tournament championship.

A rarity in our day of specialization, Blake has excelled in three sports while at Butler County High School and he's not done yet. His senior season of basketball is off to a good start and his senior baseball season is yet to come.

Blake is the son of Steve Graham and Lori Graham.