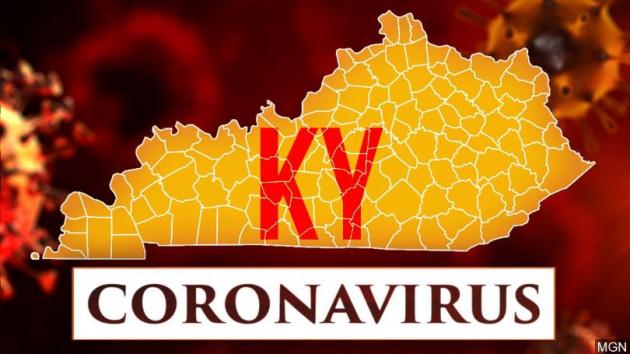 FRANKFORT, Ky. (March 29, 2020) – Gov. Andy Beshear pressed Kentuckians on Sunday to remain vigilant about social distancing amid reports of crowding at golf courses, basketball courts and home improvement stores to stop the spread of the novel coronavirus disease 2019 (COVID-19) and reduce the risk to others.

Gov. Beshear said people and businesses must do better to stop the spread of COVID-19 or risk undoing the sacrifices and efforts of everyone else.

“We can’t allow any crowds in Kentucky right now,” Gov. Beshear said. “Where social distancing cannot be followed, we are going to have to shut golf courses and other places down.”

“When we go to places we have to make sure we do it in a responsible way,” the Governor said.

“We’re at crunch time. The next two to three weeks are pivotal,” said Dr. Steven Stack, commissioner of the Department for Public Health. He advised people to follow the guidance from Gov. Beshear and public health officials.

“Assume everybody you see has the coronavirus,” Dr. Stack said. “If you keep the six to ten feet between and keep the social distance, you’ll be OK.”

Gov. Beshear and Dr. Stack said following the guidance is key to stopping the spread and reducing the risk to others, which will save lives. They said a small number of irresponsible people could cost others their lives. COVID-19 has been a contributing factor in the death of nine Kentuckians and more than 400 have tested positive.

While he and his staff are working every day to secure more equipment, Gov. Beshear said the state’s health care resources – 18,500 hospital beds, 1,300 ICU beds and 1,352 ventilators – will be further stretched if people do not do their part to control the spread and cause a more severe outbreak.

From the start, Gov. Beshear has urged social distancing for everyone as key to stopping the spread of the virus. He issued a formal letter banning all mass gatherings and has encouraged businesses to allow employees to work from home when possible.

To combat guideline noncompliance, Gov. Beshear set up the COVID-19 Reporting Hotline (833-597-2337) as well as an online portal, kysafer.ky.gov, for Kentuckians to report problems.

As of 5 p.m. March 29, the Governor said there were at least 439 cases of COVID-19 in Kentucky, with 45 of those being newly confirmed. There were no new deaths reported Sunday, leaving the state’s toll at nine deaths related to the virus.

The 92 new positive COVID-19 cases announced Saturday by Gov. Beshear marked the largest one-day rise of confirmed cases in the commonwealth. “This is why we have social distancing,” said Gov. Beshear. “This is a virus that spreads like wildfire.” The Governor said we have been expecting these big increases and noted our many sacrifices are aimed at ‘flattening the curve’ on rising cases so patients don’t overwhelm health care providers.