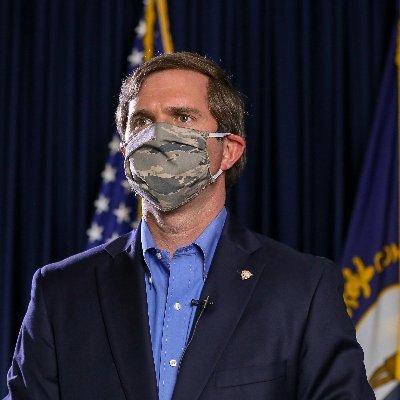 Leaders in the Kentucky General Assembly have released statements critical of the Governor’s actions - both on the substance of what he ordered and the process by which he reached the decision.

Gov. Andy Beshear, on Wednesday, issued new restrictions that he says will “help stop the rampant spread of COVID-19 and save Kentuckians’ lives while keeping the economy open.”

Gov. Beshear joines a growing list of  state executives from across the country in implementing new restrictions on citizens.

Although some critics disagree, Gov. Beshear said he is not shutting down Kentucky’s economy.

“Since March 6 – the day Kentucky had its first confirmed case – we have been under attack and at war with the coronavirus. It has upended our routines, damaged our economy, threatened our children’s education and taken far too many lives,” Gov. Beshear said. “Now, it is time for Kentucky’s third counterattack on the coronavirus. Let me be clear about a few things. This is not, and will not be, a shutdown. Our economy is open, and there will be no closings based on essential or nonessential services. But today we are announcing significant, but surgical and targeted steps designed to slow the spread of the virus and protect our people.”

Kentucky remains under a statewide mask mandate as well.

To help offset the financial impact on restaurants and bars, the Governor also announced he is dedicating $40 million in CARES Act funding to provide qualifying entities $10,000 in relief for various expenses, with a maximum award of $20,000 per business entity. Businesses with at least 50% of their sales via drive-through will not be eligible. To focus on locally owned businesses, publicly traded companies are not eligible to apply. Applications are scheduled to open Nov. 30 and close Dec. 18. Businesses will be required to remain in compliance with all public health orders. Applications will be processed in the order they are received, and funds will be awarded until they are exhausted. Additional details on where to apply will be forthcoming.

Earlier this month, the Governor also waived alcoholic beverage renewal fees for Kentucky restaurants, bars and temporary venues for 12 months to help during the pandemic.

--Venues, event spaces and theaters – Each room will be limited to 25 people. This applies to indoor weddings and funerals, but excludes in-person worship services, for which the Governor will provide recommendations Thursday.

--Professional services – Office-based businesses limited to 33% of employees; all employees who are able to work from home must do so; all businesses that can close to the public must do so

Middle and high schools will remain in remote or virtual instruction until at least Jan. 4, 2021.  Elementary schools may reopen for in-person instruction Dec. 7 if their county is not in the red zone and the school follows all Healthy at School guidance.

Leaders in the Kentucky General Assembly have released statements critical of the Governor’s actions - both on the substance of what he ordered and the process by which he reached the decision.

"Today’s meeting was not a consultation nor did the Governor seek any input from legislative leaders. While the 20-minute presentation by Dr. Stack was informative, the Governor answered questions for less than ten minutes and failed to provide any contact tracing based data on where cases are spreading in Kentucky. He must be prepared to directly answer the same questions we face from our constituents every single day. While we take this virus seriously, we will not be cover for his unilateral decision-making. Working with the legislature means more than calling us an hour before making his pre-determined edicts public. This kind of move is not leadership, it’s misleading."

"For the first time since the pandemic began, Governor Beshear briefed legislative leadership on his new, draconian measures that will do further damage to our economy and schoolchildren. When I asked him what took so long to open communications with us, and why we weren't consulted on his new edicts, he lectured me on how he felt this questioning was harmful to future talks. Apparently with Governor Beshear it's 'his way or the highway:' no questions, no criticisms, no suggestions allowed. I'm weary of his failed leadership, as are many Kentuckians. His arbitrary rules will continue to bring harm to citizens everywhere and is an affront to the concept of co-equal branches of government. In January, the people's branch of government will speak loudly about this Governor and his authoritarian policies. Hang on Kentucky, help is on the way."

"This is the first time in eight months that the Governor has briefed us, and make no mistake, it was a briefing not a collaboration. The decisions today, made solely by the Governor, were to limit and restrict many businesses that may not survive based on what was proposed. We have not been shown any data that would draw a rational basis to limit Thanksgiving in your home to eight people when you can go to a private venue with twenty-five people. Nor were we presented any data that justifies a blanket policy to close public and private schools, especially when we are seeing the loss of a year of educational opportunities and destructive effects to the mental health of our youth. Kentucky is in a crisis, this is real, and the Governor needs to start consulting with us for the sake of the Commonwealth."

The Kentucky General Assembly, which will meet for a short session beginning in January 2021, is widely expected to take legislative action that will limit the power of the office of the governor to exercise unilateral actions with state of emergency declarations.