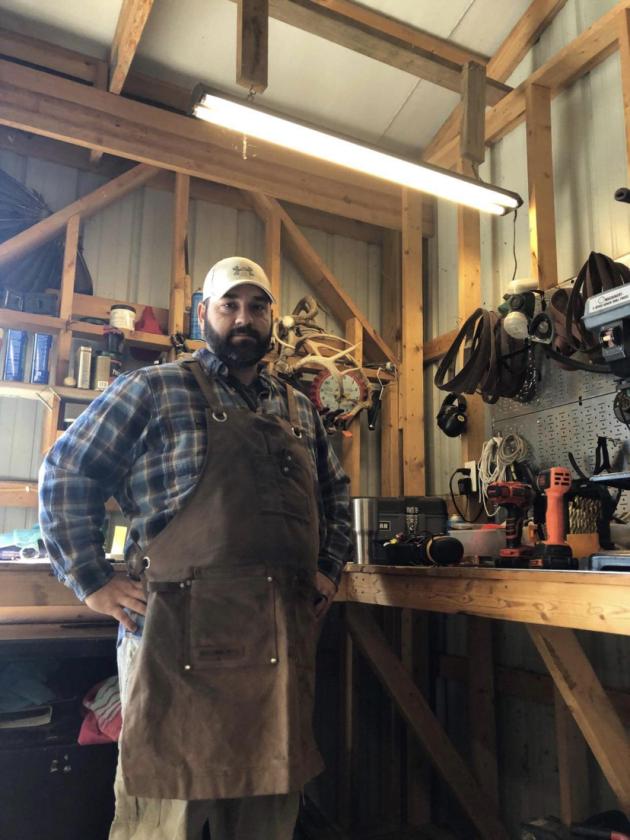 The blacksmithing trade goes back as far as 1500 BC.  Initially used as a method to create weapons, this trade was also used in the industrial era for manufacturing.  Now with a renewed interest in the history and methods of blacksmithing, several people have become fans of a show called Forged in Fire.  Influenced by the show, Geoffrey Johnson took a keen interest in black smithing a little over two years ago.

In the beginning of learning his trade, Geoffrey made knives from stock removal (precut blade shapes).  After a year of practice and research he had the confidence to hand forge his first knife. Historically being a skill that is taught and passed down to others, it is fitting that Geoffrey uses the anvil belonging to his wife’s grandfather, Chuck Fulkerson, when forging his knives. 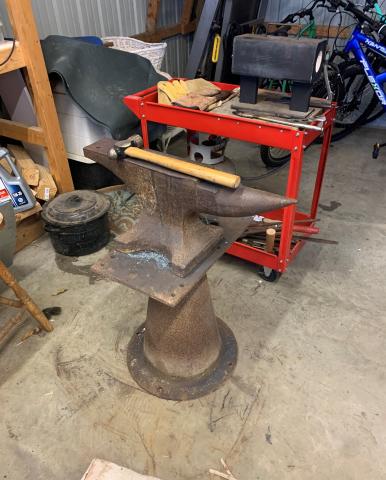 His workspace is modest and comfortable, when he works, his dogs Emitt and Sadie watch him intently, rarely leaving his side.  Scattered across his work bench are the pieces he has prepared for assembly and in organized bins he has the different types of scrap metal and materials for handles that he will use in his future builds 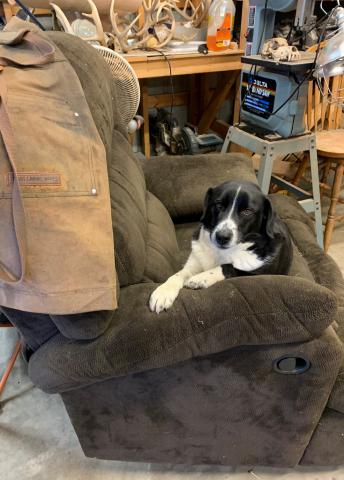 When looking for metal to make his knives, Geoffrey doesn’t have to go far.  Pieces of scrap metal from his family’s farm suffices.  Teeth from hay rakes, metal springs, and rail road ties are all used in forging his knives.  Its very interesting to see how pieces of discarded scrap can be transformed into the smooth blades of various types of knives.

Geoffrey is a Butler County native that lives with his wife Amanda, and their two sons in the community of Gilstrap.  If you are interested in seeing more of Geoffrey’s work, you can find him on Facebook at the following: https://www.facebook.com/geoffrey.johnson.7568