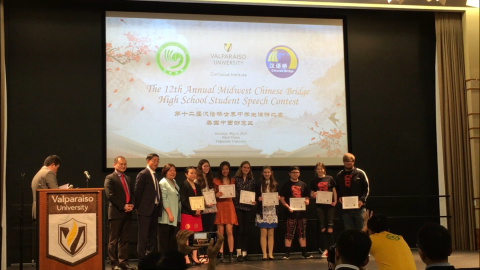 This is the first time from Butler County students competing in the contest in the scale of Midwest of the United States. The students named their band as “the Four Doors”. Before the competition in the Midwest, the Four Doors competed and achieved the FIRST PLACE IN TALENT SHOW, 2019 CHINESE BRIDGE COMPETITION in Western Kentucky University Confucius Institute on March 23, 2019. The Four Doors performed a song called “guang hui sui yue”, meaning “Glorious Year”, by Beyond, a popular Chinese rock band. The Four Doors performances wowed the judges and audiences and received high praises and comments.