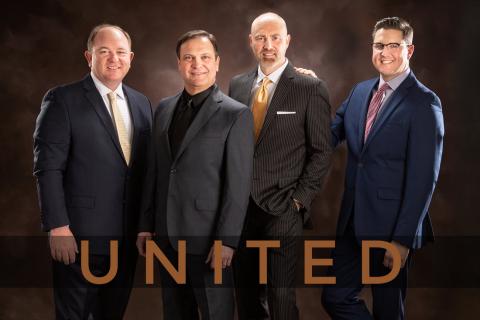 A new southern gospel quartet has formed in south central Kentucky with some familiar faces, and while familiarity is plentiful with their music, it's a new look and sound for the four men that make "United."

All former members of the now retired Crossmen, the guys had plenty of ups and downs and mixed emotion on their journeys from The Crossmen to today, but their love for sharing gospel music and their close friendships drew them all back to where their shared roots began.

The Crossmen officially retired in 2016 after the death of lead singer and co-founder Boyce Flener. Their 23-year run performing across the U.S. closed upon Flener's early death from pancreatic cancer, who was only 53 years old. Flener's brother, Scott, the group's tenor and also a founding member, and Darren Lawrence, the group's current baritone, took some time to reflect on what would be best for them and their families. After two years, many phone calls, texts, and a desire to continue sharing music, Flener reached out to Lawrence, and two other former members: Jason Brooks and Darren Doyle.

"I was asked to sing at a local benefit to help a family in need in the fall of 2018," said Flener. "I wanted to help so I committed, but I'm not really a soloist. I reached out to the other guys and asked if they'd be interested in putting a few songs together as a quartet, just for the benefit. They all agreed and we started meeting at Darren's (Doyle) studio to work on some songs."

What was supposed to be a one-night gig to help a local family quickly turned into something more, as renewed friendships strengthened and the desire to make and share music again was rejuvenated.

"We were just having so much fun being at the studio," said bass singer Jason Brooks. "At first, we were probably spending more time laughing about old times than we were singing," he joked. "But as we started digging through songs and putting them together we realized there was more there than a one-time benefit."

Baritone Darren Lawrence said that it was difficult to close the door of making music with the Crossmen and that he needed those two years to reset. He was the longest-running baritone for the group, with 15 years.

"It was tough and I really didn't think much about singing in a group again," he said. "I focused on my family and other things needed at the time, but the time was right when Scott called, and things just started working in the same direction for everyone." 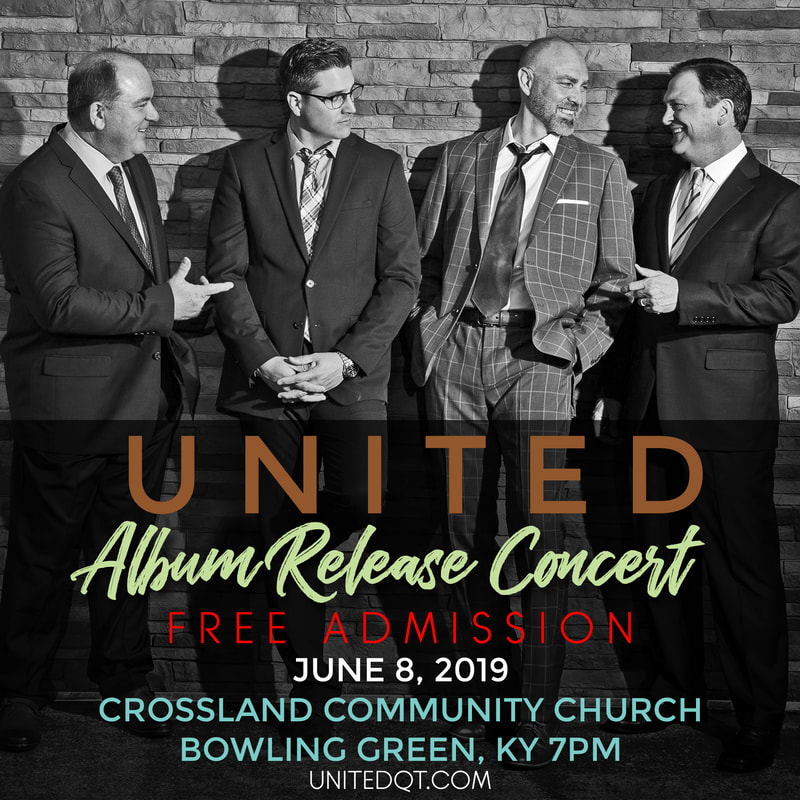 After the local benefit, the guys continued meeting at Doyle's studio, and from there a decision was made to form an actual group, give it a name, and go to work on a brand new album.

"We all got on the same page pretty quickly," said Doyle. "We are all comfortable with our careers, our family lives, and our roles in our own individual churches and none of us wanted that to change. We had the basic idea of let's make our own music, sing when our lives and schedules allow it, enjoy each other, and share our music with others when it works out for everyone."

Flener resides in Morgantown, Lawrence in Bowling Green, Brooks lives in Glasgow, and Doyle, who is also the editor of the Edmonson Voice, resides in Chalybeate.

Work on the album (yet to be titled) began in January of this year and is nearing completion. They have an album release concert scheduled for Saturday, June 8, 2019 at Crossland Community Church in Bowling Green, the location of the former Plaza Movie Theater on the 31W bypass. It's a free admission concert that is set for 7pm.

The album features some obscure cover tunes, one co-written by Triumphant Quartet's Scotty Inman, who is a brother-in-law to Flener with originals from both Doyle and Brooks. The album is being produced by Doyle at Studio DD in Chalybeate.