Five Generations on the front porch of 100 year old home 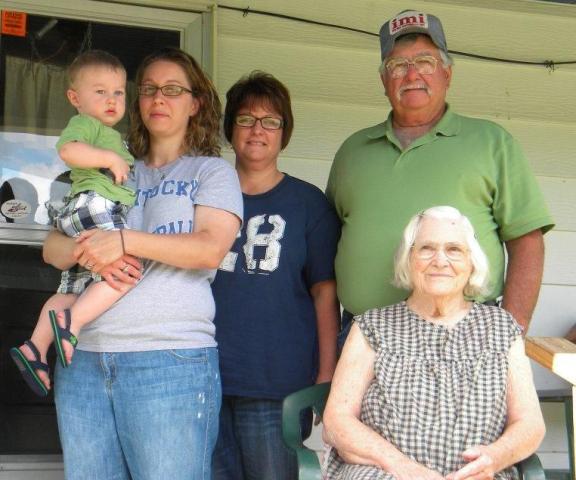 Loretta is shown as the 8 or 9 year old girl in the photo of four generations taken back in 1928-29, with her mother, Mittie Daugherty Howard; her grandmother, Arpie Taylor; and her great-grandmother, Mary Hicks Taylor.