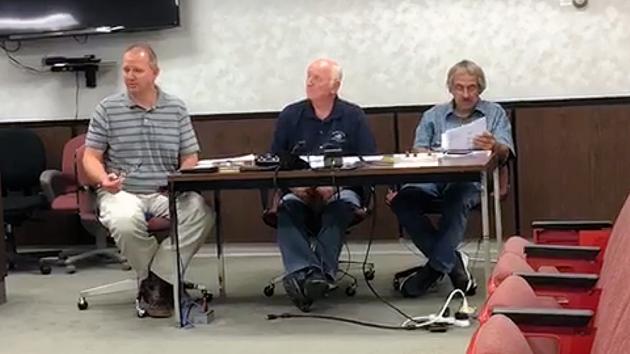 Butler County Fiscal Court met in regular session on August 13, 2018, at the Butler County Courthouse.  Magistrates Stevie Givens, Johnny Tuck, Chad Tyree, David Whittinghill, and Bobby Moore were all in attendance.  The court approved lowering the 2018-19 tax rates on real estate by taking the compensating rate of 8.0, this was made possible due to an increase in property values. The 2017 rate was 8.2.

"When I came into office the tax rate was 8.9 and now it is 8.0; I commend the fiscal court for their management," said Judge David Fields.

The following reports were given:

Butler County Road Department:
Since January 1,  the Butler County Road Department has plowed snow, replaced a 108' X 45' tile on Big D Road, and cleaned the lot up at the Rochester Ferry.  They have been shouldering roads on Sunny Lane, Richlieue, Dimple, Mooretown, Meredith, Old Big Springs and Huntsville Silver City Road. They have cleaned and widen Green River Road, cleared trees on Therekell Road and moved dirt to widen shoulders. They also ditched every district, cleaned multiple tiles and took down several trees. They are currently boom mowing in the 5th district. Mowing started on May 3rd and they have covered the county twice and are over half way through with the third cycle. The road department has graded and rocked all the gravel roads. In July they made close to 1,900 tons of cold mix in two days.  They used half of that in the 4th and 5th Districts.  They have chip-and-sealed in the 4th district totaling 27,887 gallons of oil being used. They use 29,727 gallons of oil chipping and sealing in the 5th District. In this time they have been able to keep all the equipment maintained, continued to replace tiles and install driveway tiles, fix mailbox and school bus turns, help the city of Rochester and Woodbury, maintain both ferries in operation and keep three boat ramps cleaned to the best of their ability.
Emergency Management Director:
EM has responded to 7 incidents,  5 trainings,  9 meetings, worked on 4 grants and appointed as Butler County Emergency Communications Coordinator.  Butler County Rescue has responded to 24 incidents and completed 92 hours of training.  Richard Henderson received approval to attend the 2018 Emergency Managers Conference in Louisville.
Butler County Treasurer:
Monthly Treasurer's settlement showed a beginning balance of $3,398,405.25, receipts of $327,330.26, disbursements of $509,014.02 for an ending balance of $3,216,721.49.
The court approved the following by a 5-0 vote:
The court approved the building of a pavilion at North Park.  The total cost is $18,944.
A discussion on replacing the cupola on the Butler County Courthouse at the cost of $45-50,000 occurred. No action was taken.

Frank Burden addressed the court about the safety of tractor and trailers traveling the Oak Ridge- Dexterville Road.
Tags:
news