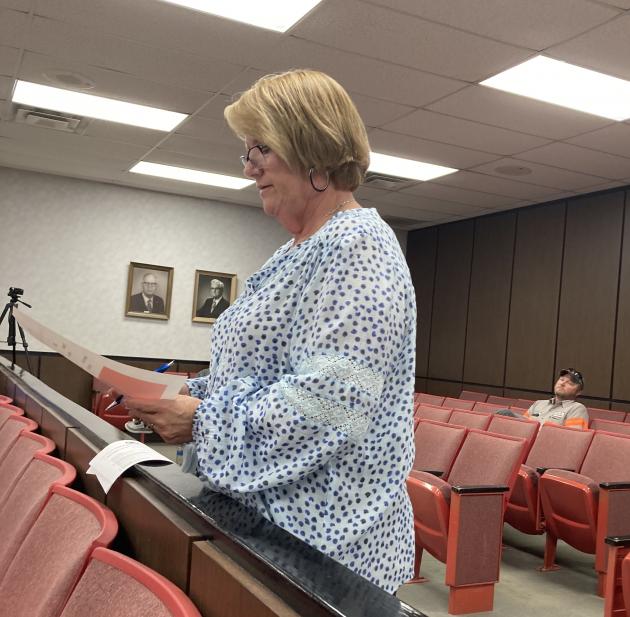 After returning from a closed session, the Court approved hiring two part-time employees (less than 100 hours per month) for the road department. Tim Fishburn was hired by a 4-1 vote with Whittinghill voting no, while Jerry Basham was also employed by a 4-1 vote with Timmy Givens voting no.

The Court approved $220 to the City of Morgantown for their share of the City/County Fall Clean-up days. According to Judge-Executive Tim Flener, they collected 17 bins of material, which amounted to 86.72 tons of trash, 2.75 tons of recyclable materials, and 150 tires.

Rochester Mayor Pat O'Driscoll asked the Court for $512 for solar-powered security cameras for the Rochester Boat Dock. The Court approved the request by a 4-1 vote. Timmy Givens voted no. Mayor O'Driscoll reported that the Kentucky Fish and Wildlife Department would be blacktopping the parking lot at the ramp, and the City of Rochester is insuring the dock.

The Court approved the following by a 5-0 vote: