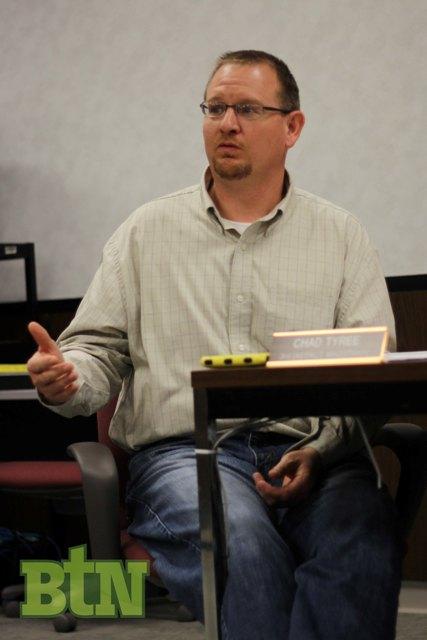 The magistrates approved a stipend for the Rochester Ferry operator by a 3-0 vote. The stipend is necessary to reimburse the operator for the county’s portion of the ferry water bill. The stipend will be $10.04 per pay period.

The court heard from Judge Fields that because they were not awarded the bid for courthouse cleaning, that Clean Freaks 2 has decided to not finish the remainder of their contract. The magistrates decided by a 3-0 vote to allow Shirley Neighbors to assume her cleaning duties immediately. Neighbors was awarded the bid in the court’s regular October session.

County Attorney Dick Deye had originally been scheduled to meet with the court in a closed session involving litigation. Instead Deye opted to address the court in open session concerning a class action lawsuit involving all 120 Kentucky Counties. A suit has been filed in Kentucky Courts against the Mortgage Electronic Reporting System (MERS). The suit alleges several fraud violations concerning MERS and possible violations from not reporting mortgages in County Clerk’s offices. No action was needed on the issue.

The magistrates also approved bills and transfers and accepted the Treasurer’s monthly report before entering into a work session. The session was requested by 3rd District Magistrate Chad Tyree to work on detailed job descriptions and duties for the Personnel Policy.

The session examined possible delineation of jobs between operators and laborers for the road department. Much discussion centered on the classification of equipment operators. It was finally decided that there should be three tiers of operators for future hires. Operator one would be proficient at driving light trucks, tractors, and basic mowing machines. Operator two would be expected to possess all the proficiencies of operator one, but with added ability to operate general heavy equipment such as bulldozers, heavy tractors and mowers, heavy trucks, oil spreaders, etc. Operator three would possess all the proficiencies of the other two operator levels, with the ability to run boom mowers, chip spreaders, and road graders.

The court decided to schedule another work session before the end of the calendar year. After the work session the meeting adjourned.