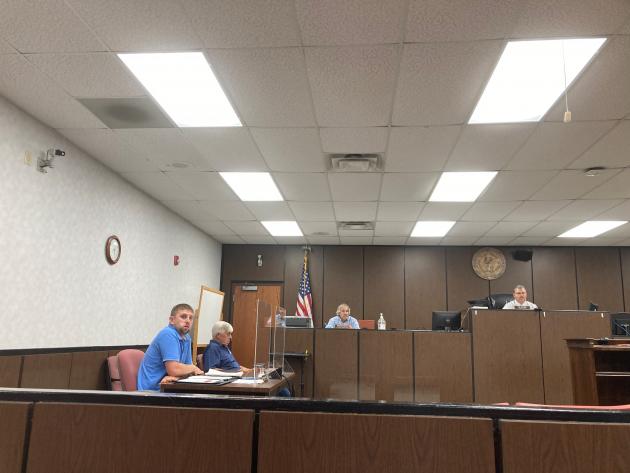 Magistrates voted 2-1 with David Whittinghill abstaining and Timmy Givens voting no to hire Ladonna Nave Whittinghill to take minutes for Project Development Board meetings after business hours for the proposed Butler County Judicial Center at the rate of $100 per session. According to Judge-Executive Tim Flener, reimbursement will be given by Administrative Office of the Court (AOC) at the end of the project.

In other business, Ricky Legrand was hired as Ferry Operator and will begin at $14 an hour.

After going into the closed session, the court voted 4-0 to hire Heath Howard as a part-time road worker and relief ferry operator at $14 per hour.

Fifth District Magistrate Dillon Bryant asked the court to compare the cost of the chipping and sealing versus blacktopping county roads.

According to Judge Flener, several counties have moved away from chipping and sealing roads. County Road Supervisor Jonathon Deweese said he would get some comparative pricing.

Fourth District Magistrate David Whittinghill motioned to increase the worker's pay at the recycling center to match the other pay increases given to county workers. The motion failed due to the lack of a second.

Magistrate Bryant questioned a hotel expense, due to mileage requirements, of Butler County Jailer Ricky Romans while attending the State Jailer's Conference.  Magistrates ultimately approved the payment on a 3-1 vote with Timmy Givens voting no.

The court approved the following: