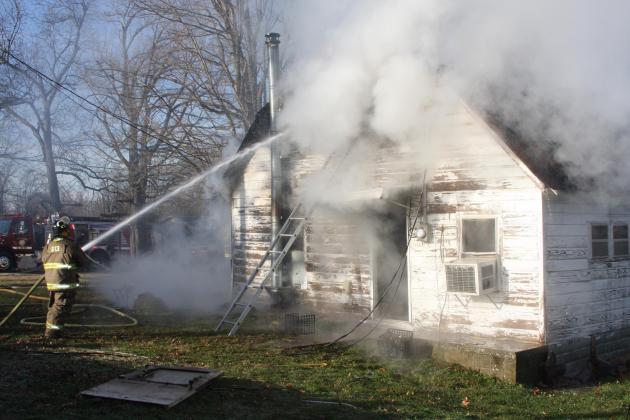 An early Tuesday morning fire has destroyed the home of a Butler County family.  Volunteer firefighters and first responders from across the county responded shortly after 7 a.m. to a house fire at 537 Leonard Oak Road near the junction of Lee Jenkins and Monford roads.  The house is owned by Paul and Josephine Jones, who were present at the time of the fire.  Both escaped the blaze unharmed.

"The fire started in the computer room," said Paul Jones.  "I tried to put it out with a fire extinguisher but couldn't.  I got my wife out of the house."

The home was described as a total loss.

Volunteer firefighters from the Morgantown, Fourth District, Fifth District, and Second District departments all responded to the scene.  Butler County EMS, members of the Butler County Road Department, as well as personnel from WarrenRECC and Morgantown Utilities were also present.