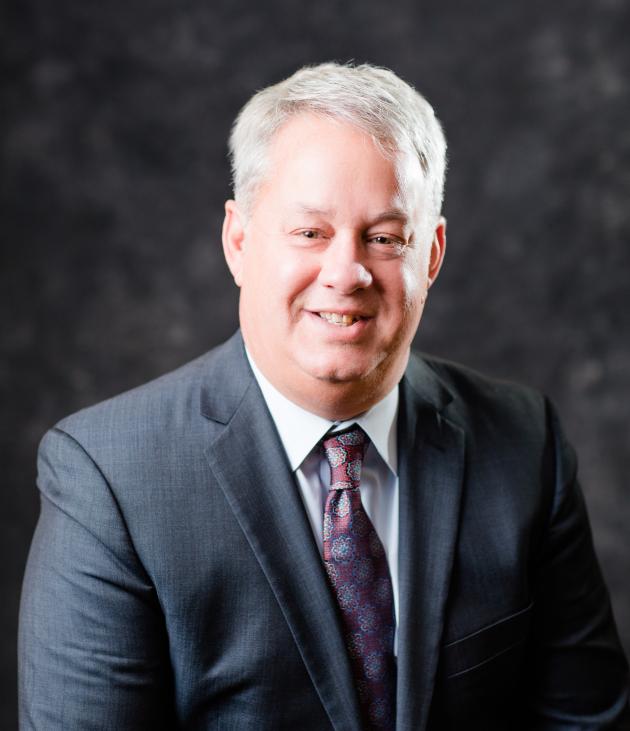 When Scott Howard entered fourth grade, at Fifth District Elementary School, in Butler County, he walked into his classroom and discovered Danny Deweese was to be his homeroom teacher.  Danny Deweese became an inspiration to young Scott Howard, and by the end of that school year, he was leaning in the direction of elementary school teacher as a life path.  (Danny Deweese remains one of Scott’s closest friends.)  By the time Scott graduated from BCHS in 1985, he knew he wanted to be an educator.  Four years later, Scott graduated from WKU with a bachelor’s degree in Elementary Education.  He and wife Gina (Smith) Howard were married in 1989.  (Gina is the Director of Nutrition and Dining Services for the Warren County Schools.)

Like any of life’s journeys, the road from elementary school teacher to superintendent was filled with twists and turns.  Scott’s first teaching position was in Lewisburg, where he taught fourth and fifth grades.  While teaching at Lewisburg, he drove to night classes in Owensboro in order to obtain his Master of Education degree, a decision he advises other teachers to pursue because of the contacts and networking the degree makes possible, as well as the financial bonus it provides down the road.

When the Howard’s first child, Audrey, was ready to start school at Morgantown Elementary, Scott applied for a teaching position at the school.  He was hired to teach fourth grade.  In 1999, Scott applied for and became principal at Fourth District Elementary.  When the county district schools were consolidated into a single school, North Butler (circa 2005), Scott took on the role of Assistant Principal.  He worked in that capacity for half of each school day then finished the day at the county’s central office.

In 2007, Scott became the principal at Butler County Middle School then, in 2008, moved into the role of Superintendent of Butler County schools, a position he has held for twelve years.  (He is slated to retire as of June 30th this year.)  Those twelve years have not been without challenges.

“Butler County is a small rural district, and it’s important to spend what resources you have in the best interest of the students,” Scott says.   “Any superintendent is only as good as the people around him. It’s important to surround yourself with people who are smarter than you are.”

Due to the Covid-19 pandemic, the 2020 school year has been particularly challenging for all educators, and the situation remains fluid.  Any person in Butler County who read any social media post in the past two months had to have seen the negative posts, criticizing the proposed handling of Senior graduation.

“Every night leading up to graduation, I thought about how to make this work,” Scott says.  “It was important that the students be recognized.  We wanted to do everything we could for the seniors, but we had to stay within the state health and safety guidelines.”

Scott gives much of the credit for the success of the graduation ceremony, which ran from 8 am to 8 pm on May 30th, to BCHS counselor, Sherlyn Bratcher, who organized the students into groups of graduates.  The graduates received their diplomas individually at assigned time slots, under the canopy at the front entrance of the school, while relatives looked on from a safe distance.  A photographer and a videographer took pictures and filmed the students on their big day.  Many people later remarked that they enjoyed the special attention each graduate received, and commented they wished every graduation from this point on could be handled in the same manner—that was on social media, as well.

What will Scott Howard do after retirement?  Daughter Audrey (Hood) and husband, Chris, are expecting their first child this September.  “My first focus will be on being a grandfather,” Scott says.  Family is important to the Howard family.  Son, Will Mason Howard, will be a Junior at WKU this fall.

The area of Early Childhood Development is of future interest to Scott, and maybe even the political arena.  He was part of a family who had an attitude of servant leadership—his grandfather, Roscoe Howard, was a former sheriff of Butler County, his mother, Bonnie Howard, a former circuit clerk.

Scott Howard took the job of Superintendent of Butler County schools, because he knew he would be able to affect the greatest number of students from that position.  “In schools, there are so many decisions that have to be made every day.  It’s important to always make those decisions with the best interest of the students in mind,” he says.  “I have best wishes for a school district that’s been so good to me.”