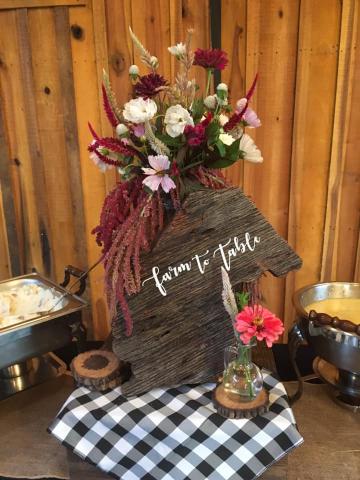 Saturday night August 10th was the Butler County Farm Bureau Farm to Table dinner, held at the Southerland Wedding Barn in Rochester, KY.  Shane Wells called the program to order.  He explained that in 1919, a group of farmers got together because they were concerned farmers didn’t have a voice. Thus, Kentucky Farm Bureau was born 100 years ago.

Farm Bureau celebrated the fact that Butler County Farm Bureau was named top county for the second year in a row.

Wells thanked the elected officials and media for everything they do for the agriculture community.

Beech Tree News/WLBQ received a recognition award for cooperation with the agricultural community.