Faces of the 2018 Morgantown Christmas Parade 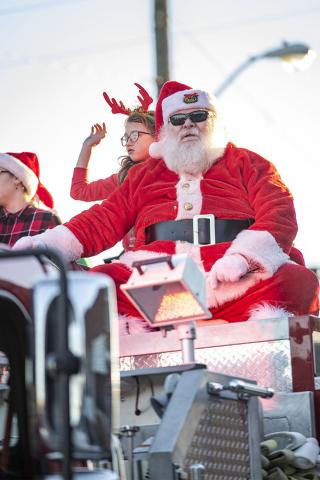 A one-day delay didn't seem to dampen holiday spirits last weekend as a large crowd lined various city streets to watch the annual Morgantown Christmas Parade.  The event, which is sponsored by the Morgantown-Butler County Chamber of Commerce, was moved to Sunday at 3 p.m. due to rainy weather on Saturday.

With many floats, pageant winners, decorated vehicles, classic cars and trucks, a few horses, local school bands, and Santa Claus in attendance, the parade proved once again to be a crowd favorite.  Participants were announced over the city's loud speakers and plenty of traditional Christmas music was also featured.