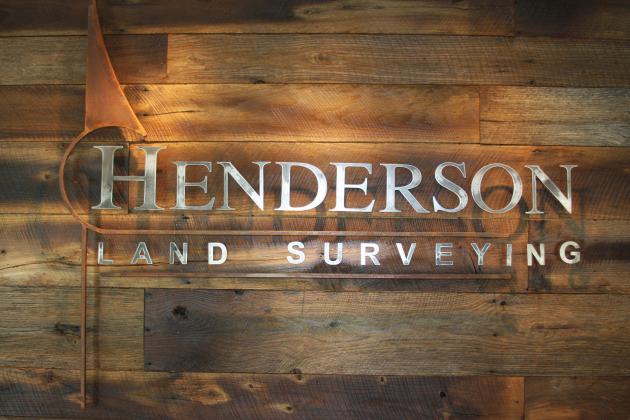 "We do what we say we'll do," says Cody Henderson, owner of Henderson Land Surveying in Morgantown.  That statement and Henderson's desire to "treat people right" is what he believes has enabled his company to experience steady growth over the past eight years.

Henderson, a 1990 graduate of Butler County High School, founded Henderson Land Surveying in July of 2008.  He is a graduated from Western Kentucky University with a Bachelors of Science in Civil Engineering Technology, along with a minor in Land Surveying.  Henderson has held a Professional Land Surveyor's license (P.L.S.) in Kentucky since 2006.  He also worked previously at Bryant Engineering as a Project Manager and was Director of Surveying.

In 2008, Henderson was appointed Butler Count Surveyor. He has since been elected twice to the position, which comes with no salary or benefits.  Henderson, as county surveyor, does the county's surveying and bills them accordingly.

Although Henderson has significant professional credentials, he also credits a mentor with teaching him early on about the ins and outs of the surveying business.

"I worked with the late John McDaniels, a surveyor who taught me how to deal with people and land distribute, along with the importance of honesty and integrity in business," said Henderson.

"We're community oriented and I always wanted to come back home to work," said Henderson.

Henderson is married to wife Deneatra and they have four children - Havanna (10), Evan (7), Owen (4) and Aden (1).  Cody is the son of Pete and Doris Henderson.

Henderson has recently moved to and remodeled a new location at 209 South Main Street in Morgantown, located between First Baptist Church and Fred's Pharmacy.  An open house and ribbon cutting is planned for Friday, August 12, from 2 to 4 p.m.

For more information about Henderson Land Surveying, check out http://hendersonls.com/