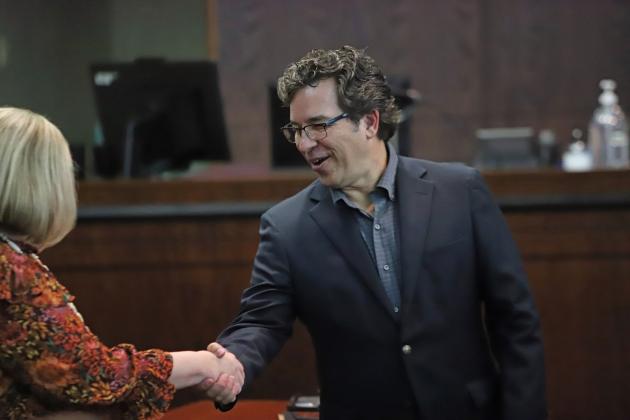 Attorney Vincent said that after a 29-year career as an attorney, and upon several respected individuals approaching him about the vacant seat, he made the decision to move forward with the filing.

Vincent is a graduate of Edmonson County High School and Western Kentucky University. He earned his law degree from the University of Kentucky in 1993.

Upon graduation, Vincent began his career as an Assistant Commonwealth Attorney in Simpson/Allen Counties. He moved back to Edmonson County in 1994 and has worked as a private attorney since that time. He was first elected as Edmonson County Attorney in 1998 and has served 22 out of the last 24 years in that role.

“I believe that a judge’s duty is to make sure that everyone gets a fair shot in court,” he said. “It will be my goal to see that everyone is treated the same so that everyone has confidence in the judicial system.”

Due to the timing of the vacated seat, Vincent’s name will not actually be on the General Election ballot; instead, he will be running as a write-in candidate. The election will be held on November 8, 2022.