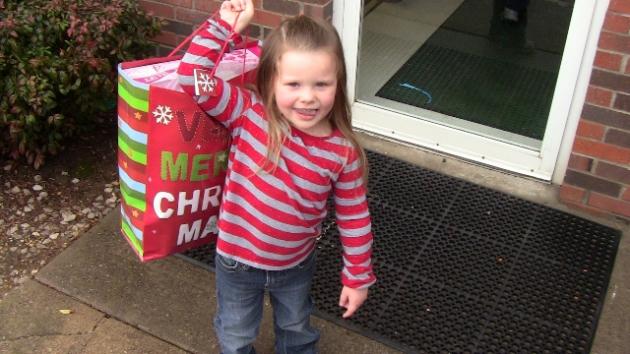 Dr. Wan started the gift giving in the 70’s but it became a yearly tradition with Head Start beginning in 1976 with one small gift for each child. According to Wan’s longtime companion Cindy Black each child received four gifts this year and a visit with Santa. Black has been with Dr. Wan since 1984 and started spearheading the Head Start Christmas in 1985. “We love it, it’s something Richard looks forward to every year, and something we enjoy doing together,” Black said.

Cindy’s daughter Becky Harvey and boyfriend Ray Wallace--who bears a remarkable resemblance to Santa and was suspiciously absent at the gifting--helped put together the event this year. The 2011 event marked one of the largest Head Start groups to ever participate, with 34 kids receiving four presents each. “It takes a while to wrap over a hundred gifts,” said Harvey.

Cindy, Becky, and Santa handed out the gifts at Butler County Head Start at lunchtime on December 14th. Dr. Wan and his personal assistant/head elf Peggy Embry stopped by to help during Dr. Wan’s lunch break and, as always, Dr. Wan went back to the office with a big smile on his face.

“He loves kids and he loves Christmas, so this might be his favorite day of the year,” said Black.