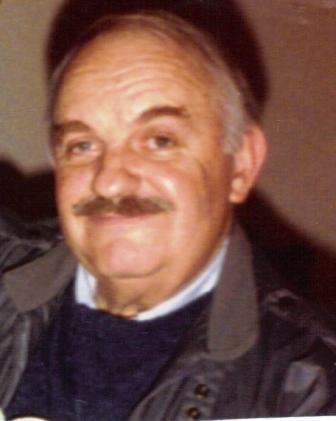 Western author, Louis L’Amour spoke much about, “Friends who camped along old trails that wind back into the past.”
Jim Wingate was one of those from my past. Jim was my boss one time at a Texas chemical plant.  I’ve never met many men I liked as well as I did Jim Wingate.  Not that he was easy on you, but he had that uncanny way of making you work to want to please him.  Rather than giving you a strict, heavy-handed order, he would say things like, “Would you mind doing (thus and so) for me?”  If the task needed two people, Jim would always go along with you to help.  If you needed to climb a portable ladder, he would stand on the bottom rung until you got to the top and “tied-off”, the same coming down.
A tall, handsome man, Jim personified the ranch foreman, or the trail boss, or the town marshal who was automatically accorded the highest respect.  He had been a rodeo rider in his younger years, so the cowboy image had validity.
Jim had a good singing voice; he often sang with his family providing special music at his church.
One of Jim’s many attributes was he delighted in telling funning things on himself--- some very embarrassing. He and his brother-in-law, in addition to being close friends weren’t above pulling “stuff” on each other.  The brother-in-law heard about this woman who had a horse for sale; he wanted Jim to go with him to look at it.  Word was, the woman ran her ranch alone, was contrary and hard to get along with.  Fact is, she’d been known to take a shot at strangers.  Neither of them had ever met the woman, so they were about half skittish when they drove up to her place.  It was said that one time her husband whipped her with a buggy whip, and she ran him off with a pistol.
The ranch house sat on a hill.  They parked at the foot of a path that led up to the back of the house.  The brother-in-law insisted on Jim going up and doing the talking.  “Like a fool I reluctantly agreed,” Jim lamented.  “My cowardly brother-in-law stayed in the pickup.”
The ranch owner turned out to be a LARGE, well-rounded woman, whom Jim described as being “about two or three ax-handles across.”
When Jim was about half-way up the path toward the back of the house, the woman came out of the back door with a water bucket which she hung on an outside faucet and turned the water on.  She had on a very ample pair of jeans, which according to Jim, “She filled out EXTREMELY well.”
When the running water got to going good, evidently as it often does, it worked its magic reminder.  Not seeing anyone around, the woman shucked everything down to the bare hide and turned her backside down the hill directly toward Jim, who by now was half-way up the path… too close to go on; too far to retreat…he was caught BIGTIME. He could do nothing but stop.  About that time the ornery brother-in-law sat-down on the horn of the pickup and held it there.  Although the woman was extremely large, she was quite the acrobat.  She shot about three feet straight-up in the air, pulling everything back up in one fell-swoop.
“I went on up to her,” Jim said, “but I couldn’t look at her, and she couldn’t look at me.  I don’t remember what we said to each other, I was looking at the ground most of the time.  I was about half-afraid she was going to shoot me.  I told her we had wanted to look at her horse and mumbled something about coming back later, and left.
“When I got back to the pick-up,” Jim said, “you can’t imagine how I declared war on my brother-in-law.  He was rolling on the floor of the truck with laughter.”
Reflecting back Jim allowed, “I thought I had seen a new moon rising several times in my life, but NOTHING like that.  NOTHING….
The last I heard, Jim was living in Louisiana.  He would be up in his 80’s by noe.  Jim Wingate, a prince among men.
“When the MOON comes over the mountain; I’m alone with my memories of you.”

Submitted by Allen L. Meredith (not verified) on Tue, 25/10/2011 - 9:03pm
I think I would have liked your friend. I know that I loved all of Louis L'Amour's books. You felt like you were living and experiencing the adventures that he wrote about in a time where right and wrong where as distinctive as night and day...
Submitted by Bob Wilson (not verified) on Sat, 29/10/2011 - 8:08am
I think I' ve read at least 50 Louis L'Amour books. Great stuff..