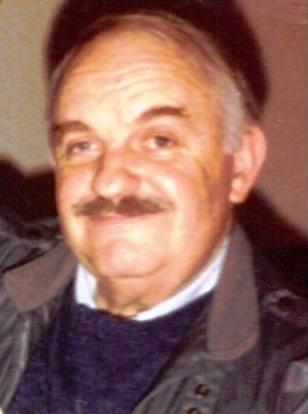 I’ve told my children, and grandchildren, old stories about my own childhood, one was when my granddad Driskill got his false teeth. He must have been close to 80 at the time, ‘toothless’ for years – ‘gummed his food and his pipe.’ Enjoyed both.

I don’t remember who talked him into a pain of false choppers, but one hot day we went to see a local “dentist” … me, Granddad, my brother, Julian, Wilmuth Vick; a cousin – who drove his daddy’s Model-A Ford. I suppose I was about six or seven… the trip was long; down the big road to George Ray’s house – maybe two miles.

George Ray was a part-time farmer in the Cedar Grove community. George sold mail-order false teeth. This, I guess could qualify him as a bi-vocational person – farmer and dentist.

Although George, now in his late seventies, left most of the farming to his married pons, Floyd and Allie. Leadmon, one of Floyd’s boys became a banker president over at Central City; Leadmon was real smart in school… New Cyprese Srade School: two names, two “paths”, and a well house.

We pulled into George Ray’s yard in early afternoon. His shade trees were a nice respit home the hot sun, under one of the largest trees was George’s “dentist office,” consisting of a cane-bottom kitchen chain, leaning against the tree trunk’s a small, cut-off, cook stove pot beside the chain; the stove oven preserved as a repository for George’s dental instruments – which were sparse in number; a large mixing bowl, a box of salt and soda, a large spoon, and a clean flour – sack towels.

On the stove top rested a bucket and clippers of fresh well water, a wash pan and soap, and a box of strange powder.

Granddad was a big, heavy man. With help on both sides, they finally got him into the tilted back chair. The chain no doubt was in a pretty good strain.

George started his procedure: After washing his hands, he began to mix the strange powder with water. After a bit the mixture began to take on the consistency of that of wallpaper cleaner; a little like play dough today.

George had Granddad rinse his mouth with the soda/salt mixture before he began to push the play-dough-like clumps into his mouth. Meanwhile Granddad’s face got red as fire – he started to sweat profusely and gag – carrying on like nine miles of bad road. Two chickens watched from a lower tree limb… like medieval students observing surgery.

George was taking an “impression” of Granddad’s gums. Two or so weeks later Granddad’s new false teeth came in the mail, in a small box. He took them out and tried them on. He put then put them back in the box; GUMMED his food and his pipe the rest of his life.