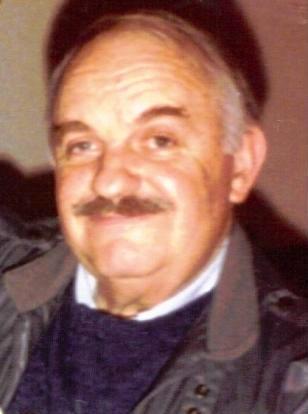 Men if you are contemplating plighting your troth, and bestowing all your worldly goods, including your autographed picture of Roy Acuff, to a young lady, or even an old one if you’ve never plighted before, here are some things the preacher won’t have time to tell you.  It would take too long:
-    First off, concerning intimacy, A MAN IS MECHANICAL. A WOMAN IS A ROMANICAL. Cogitate on that and learn it good.
-    If she says something like, “ Have you taken a good look at your underwear and sock drawer lately?” Whatever you do don’t say, “I don’t look at it, I just use it.” WRONG!
-    Don’t ever argue with a woman. YOU CAN’T WIN! NEVER –EVER, WOMEN MAKE UP THEIR OWN RULES.
-    This may not work in the beginning, but after you’ve been married a bit, and you forget a birthday or an anniversary, mop her kitchen floor. That goes good. It will last until you can get to the store.
-    Men tend to mean what they say for now and evermore. Not so, women. One moment they are ready to throw you under a train, or put you in the electric chair for a month; the next they will tell you that you are their very life and they couldn’t live without you. No way can you figure that out. Just accept it.
-    Your wife can read your mind; YOU CAN’T READ HER’S.  You may say, “You didn’t tell me that.” “Yes I did”, she will invariably reply…” well, at least I was thinking it.”  She knows what you are thinking. She assumes the same about you.
-    Females have softer feelings than males. When I was a boy I used to plow a big lug head horse-mule named Sam. You could get all over Sam all day long like a cheap suit. Didn’t bother him any, he’s just take it and go on. Not so, Lucy. Lucy was a little mare-mule, sweet as pie. But if you raised your voice at her in any way, or even if she thought you did she’d put it in a higher gear and walk your britches off the rest of the day.
-    If your wife ever says anything like, “ I see where they are having people sign-up to go on the next space shot to the moon. Our lives are so dull; we never do anything exciting; I think we should sign up” Men, don’t ever say anything stupid like, “I think that is the most ridiculous thing I ever heard…DON’T SAY THAT.  Say something like, “Sounds interesting, maybe we should look into that,” Chances are she’ll forget all about it when the time comes.
-    Don’t ever say spiteful things to your wife about her gender, like: “Why do women all go to the rest room in droves? You don’t ever hear men at a restaurant say, I need to go to the men’s’ room, would you guys like to go?” She might come back with something like, “That’s easy, women all like to get together and tell each other what jackasses their husbands are.”
-    Men, if a woman’s question sound silly to you, unless you have a death wish don’t tell her that. Usually women have their reasons for what mean think are “silly” questions. My mother could never learn how to drive a car. “I can’t see the front wheels to tell what they are doing.” She would say. My brother, who was the instructor, tried to explain to her she didn’t need to… “Just watch the front of the hood, it will tell you where the front wheels are pointed.” It still did not compute. There perhaps was a reason for this. My mother was born in 1898, and died in 1997, so it’s reasonable to assume that at some time in her life that she had ridden in ahorse and buggy. You sure can see the front wheels in a buggy.
I’ll wind up with a quote from my old friend, Latney Ragland: “I’ve finally learned how to get along with my wife. When she says something, I say, ‘You know, the more I think about it, I think you are exactly right.”
Thank you for that bit of wisdom, Latt.
Kindest regards…