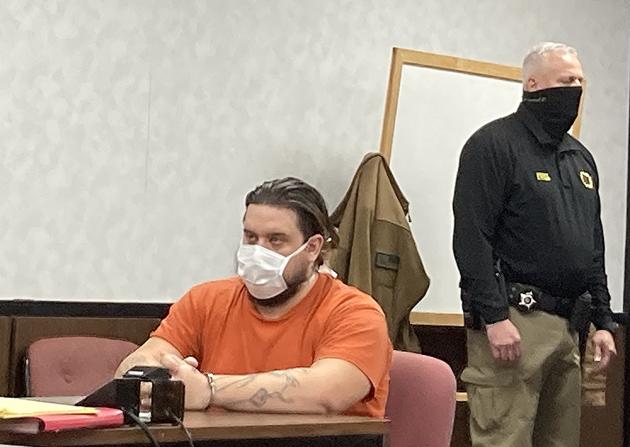 Joseph Carey, 32 of Bowling Green, appeared in Butler County District Court on Tuesday for a preliminary hearing for the murder of his wife Angela Carey and her parents Charles "Chuck" and Lupe McGranahan, all of Morgantown. The three were shot to death at their home on Lonnie Snodgrass Road on January 19.

Carey is charged with one count of murder (domestic violence), two additional counts of murder, and three counts of first-degree wanton endangerment. Three children, ages 2,7 and 13, were in the home at the time of the shootings. Angela Carey was the mother of all three children; she and Joseph Carey are the two younger children's parents.

Foley said Jody Henderson, a county constable, was the first officer to arrive at the scene and found Joseph Carey, who reportedly confessed to the shootings.

Attorney Jennifer Wittmeyer of the Department of Public Advocacy is representing Joseph Carey. She asked Foley whether her client gave a motive for the shootings.

According to Foley, Joseph Carey told police he was talking to Angela Carey in the doorway when he heard Lupe McGranahan tell her husband to get the shotgun. Joseph Carey said he panicked.

Joseph Carey had gone to a local hospital a few days before the incident to be screened. According to Foley, he met with a psychiatrist and was determined he was not at risk for suicide or to harm others.

Commonwealth Attorney Blake Chambers filed notice Monday of his intent to seek the death penalty in this case.

Butler District Judge J.B. Hines found probable cause and sent the case to the grand jury, then ordered Carey to remain held without bond in the Butler County Jail.