Crossroads: Change in Rural America has arrived in Morgantown 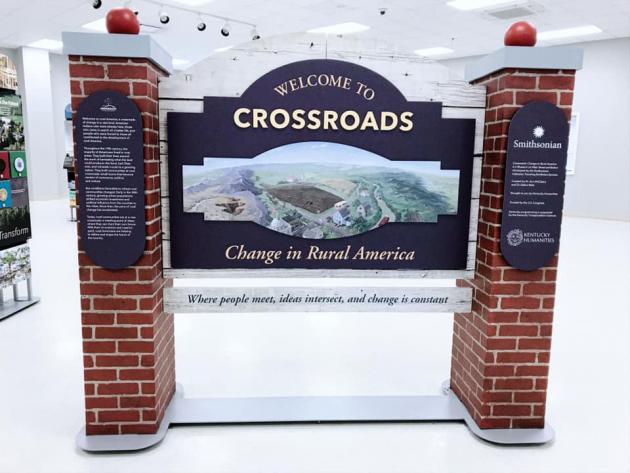 Crossroads: Change in Rural America has arrived in Morgantown! The city is excited to host this Smithsonian Institute exhibit and to share it with the community.

Many Americans consider rural communities to be endangered and hanging on by a thread—suffering from brain drain, inadequate schools, and a barren, overused landscape. Why should revitalizing the rural places left behind matter to those who remain, those who left, and those who will come in the future? Because there is much more to the story of rural America.

Crossroads: Change in Rural America offers small towns a chance to look at their own paths to highlight the changes that affected their fortunes over the past century. The exhibition will prompt discussions about what happened when America’s rural population became a minority of the country’s population and the ripple effects that occurred.

Despite the massive economic and demographic impacts brought on by these changes, America’s small towns continue to creatively focus on new opportunities for growth and development. Economic innovation and a focus on the cultural facets that make small towns unique, comfortable, and desirable have helped many communities create their own renaissance. The future is bright for much of rural America as small towns embrace the notion that their citizens and their cultural uniqueness are important assets.

For more information about this exciting exhibit and the virtual events we are hosting along with it, follow our Facebook page or call City Hall.