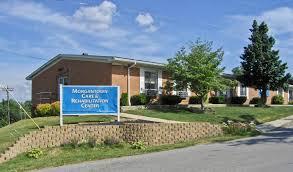 UPDATED INFORMATION: Butler County Judge-Executive Tim Flener stated Sunday afternoon that Morgantown Care and Rehabiliatation had confirmed that the facility (MCRC) had 29 residents and 22 staff members who have tested postive for COVID-19. Judge Flener will be on Out on a Limb - WLBQ 101.5/103.5 - tomorrow morning, along with Dr. Ghayth Hammad, to discuss the COVID-19 situation in Butler County.

ORIGINAL STORY: According to data released by the Kentucky Cabinet for Health and Family Services, Morgantown Care and Rehabilitation Center (MCRC) has 21 residents and 18 employees who have tested positive for COVID-19.  One death has been reported. Those numbers were reported on Saturday, April 12, along with numbers from nursing home facilities across the state.

All employees and residents at MCRC were tested for the virus last week following an initial confirmed case.

Consequently, the number of positive cases is expected to rise locally as more results from testing over the last several days are reported.  Beech Tree News has learned through various sources that more positive cases linked to MCRC have been confirmed but those numbers will not be released as efforts to contact those effected are ongoing.

“There are a lot of local numbers relating to COVID-19 testing floating around and they are sometimes conflicting numbers related to county totals, facilities, etc.  State and local officials and health care professionals are diligent about wanting to ensure accuracy so there is often a delay in what is known and what can be responsibly reported by media,” said John Embry, Beech Tree News (BTN).  “Also, in the case of MCRC, not all employees actually live in Butler County so if there was a positive result in this instance, it would likely not show up in the daily county total for Butler. There are just a lot of moving parts to this thing and all parties involved are doing their best to communicate with those directly impacted by COVID-19 and the broader public.  Our goal at BTN is be as accurate as possible about reporting these numbers, while showing senstivity to families dealing with sickness and giving local government officials and health professionals space to do their job.”

Always a concern with any pandemic, nursing homes across the state are battling with COVID-19.  So far, Beaver Dam Nursing and Rehabilitation has one resident who has tested positive, The Haven Memory Care in Warren County has one employee who is positive but no residents.  In various long-term nursing facilites around the state in counties such as Jefferson, Adair, Jackson, and several counties in northern Kentucky, numbers are significanlty higher.