Court Hears From Senator Wilson and Gives $$ to Cancer Assistance, 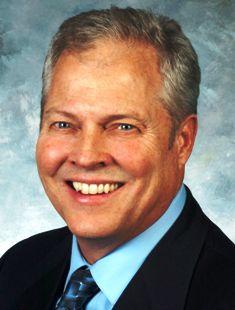 The Butler County Fiscal Court met on Monday night, October 10th, in its regular monthly session. All members were present. After approving minutes of prior meetings the Court heard Kim Marrow from the Barren River Area Development District. Marrow asked the court to pass a resolution authorizing BRADD to change the names of several roads on the Butler County Road series map. Marrow handles mapping for BRADD and explained that the changes were needed to correct some naming issues with the roads, and to bring the map current to reflect changes made to bring roads in compliance with the new 911 system. Magistrates passed the resolution 5-0. In a related matter Harold Dean McKee presented a list of 5 roads to the squires that required name changes. McKee explained that these changes were needed to insure consistency in names between counties. He said that some of the roads start in another county under another name, then the name changes at the county line. The name changes will reflect the name of the road in the county where it starts. Magistrates approved the name changes 5-0.

Kentucky State Senator Mike Wilson was at the meeting to talk to the court about the upcoming 6-year State Road Plan. Wilson sits on the transportation committee and wants the fiscal court to compile a list of state road projects by priority to be presented to the committee. Said Wilson, “You guys know the roads in your county a heck of a lot better than I do.” Wilson stressed the importance of the six-year plan as a way to get important state road projects funded and completed. Citizen Robert Cron asked later in the meeting that the fiscal court make an effort to hear input from citizens on road projects. “I would like to see a little more effort from the court to involve the people of the county in this,” said Cron. He mentioned specific sections of HWY 185 that are of particular concern. County Judge Executive David Fields stated that widening HWY 70 to three lanes through the intersection with Gardner Camp Road was also a high priority.

After the meeting magistrates Chad Tyree and Johnny Tuck both expressed their interest in hearing from the citizens in their districts about specific state road issues.

Gabe Keen, from the Little Muddy RD Club, was next before the court. Keen reported that his club recently picked up 229 bags of trash on a four mile stretch of US 231 from the county line to the Little Muddy RD Club. Keen said despite their efforts the roadsides now look like they haven’t been cleaned. Keen is concerned that the litter problem might cause potential businesses and industry to think twice about coming to Butler County. “It has a tendency to lead people astray. They say, ‘well, I don’t know if I want to put a manufacturing plant in down there as nasty as that place is.’” The magistrates discussed the matter, and agreed that it is a problem, but laws and regulations are already on the books dealing with littering. No action was taken on the issue.

Judge Fields announced that the contract for picking up the county’s trash is now open. Fields reported that Marvin Webster, who has had the contract for many years, is retiring soon and that a new hauler is needed. A quote was obtained from Scott Waste Management that Fields said was significantly higher than the rate charged by Webster. Fields would like any local haulers that are interested in the contract to contact either their magistrate or the Judge’s office. The hauler would be responsible for trash pickup at the courthouse, ambulance service, county barn, jail, and animal shelter. Kim Phelps added that unless a sealed dumpster is placed at the courthouse daily service would be needed.

Magistrate Chad Tyree told the court that it had come to his attention that the County Road Department is short handed. Tim West, County Road Supervisor, was on hand to confirm that the department is short at least to workers out on the roads. Tyree made a motion to take applications for a full time employee for the County Road Crew. The measure passed 5-0 with Judge Fields stating that they would try to review applicants at the November Fiscal Court meeting.

Tyree also brought up the poor condition of the county’s two road graders. The county currently has two graders, a 1990 model John Deere and a 1981 model Cat. According to Tyree, and confirmed by Tim West and Larry Morris, the Cat grader is now so old it is no longer practical to continue to repair it. West introduced Michael Brownfield from Whayne Supply in Hopkinsville. Brownfield told the court that he has one 2011 M120 grader in stock that is covered under the state bid plan. List price of the machine is $324,315 however Brownfield said that he could deliver the grader with a 5-year warranty for $190,545. The court voted 5-0 to buy the grader and authorized magistrates David Whitwinghill and Chad Tyree to work out payment terms with Whayne Supply and oversee the trade-in of the old grader.

Richie Bratcher from Butler County Cancer Assistance returned to the court to discuss a donation to help buy the group a new concessions trailer. Bratcher originally approached the court in August asking for a $4,000 donation to help purchase the trailer. He stated then that the City of Morgantown had agreed to donate $4,000 if the county would match the donation. The issue was tabled in August, and in the September meeting magistrate Johnny Tuck reported that his church, Morgantown Community Church, was willing to let BCCA use their trailer anytime except the Catfish Festival. Then Bratcher said he would have to go before the BCCA board to discuss the offer. Bratcher reported Monday night that the board didn’t want to use the MCC trailer because of the high number of miles it would be pulled and they didn’t want to be responsible for the trailer if it was damaged.

Bratcher told the court that local cancer patients have been asking why the county doesn’t want to help them. “They couldn’t understand how you could give ten-thousand dollars to the Chamber of Commerce, but you don’t want to support the cancer assistance. They said they feel like ... you don’t care if they die or not,” said Bratcher.

Magistrate Keith Daugherty moved to give Butler County Cancer Assistance $4,000 to help buy their new concessions trailer with Stevie Givens seconding. The measure passed 5-0. County Attorney Dick Deye told the court that it is important to realize that the donation was not a charitable donation. He said that the money was spent to help promote health care in the county.

County treasurer Susan Johnson told the court that the 5th District Fire Department needed $2,000 to install a new radio tower. The old tower was destroyed in a storm and was not insured. She stated that 5th District Fire Chief Ruth Ann Lee had arranged with Joe Ford to have a tower installed for $2,000 after she traded in some used radio equipment and received $1,200 credit. Magistrate Stevie Givens said that the matter should be tabled until it can be ascertained that the tower will work with the new county radio system. No action was taken on the matter.

Magistrate Johnny Tuck reported to the court that Fleener Road in the second district had been brought up to code and was ready for inspection. Residents on Fleener Road had been asking to be put onto the county road list, but problems with the road had prevented it. Judge Fields said that he would send a group to inspect the road and there would be a hearing at 5:30 p.m. on November 12th in his office about adding the road.

Magistrates also approved $9,500 to pay election workers for the November 8th General Election. County Clerk Shirley Givens was at the meeting and stated that election workers are still needed and interested individuals can inquire at her office.

Citizen Robert Cron asked Judge David Fields about potential repairs to an old bridge on Lock 5 Road. Judge Fields said that plans are in the works to repair the bridge.

Magistrate Stevie Givens reported to the court that he had received a call that Governor Steve Beshear will be in Morgantown on October 25th at noon.

The meeting was then adjourned.

The next regular meeting of the fiscal court will be November 12th in the upstairs courtroom of the Butler County Courthouse at 6 p.m.

Submitted by Richard Spiekhout (not verified) on Wed, 10/12/2011 - 6:56pm
I am a cancer patient and I oppose the "donation" of $4ooo to the BCCA program. My tax dollars should not be used at the whim of the Fiscal Court's charity. My tax dollars are to run the County Gov't period. To my friend Dick Deye, the FC is not or should not be in the health care business. Let's stick to County business and then you can lower the tax rate. I will have more money and I can give to the charity of MY choosing.