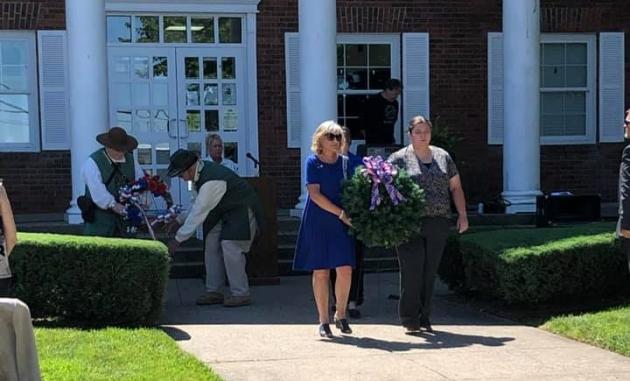 On May 31, 2021, the Veterans of Foreign Wars Post 5837 Auxiliary hosted the Memorial Day Program at the front of the Butler County Courthouse. 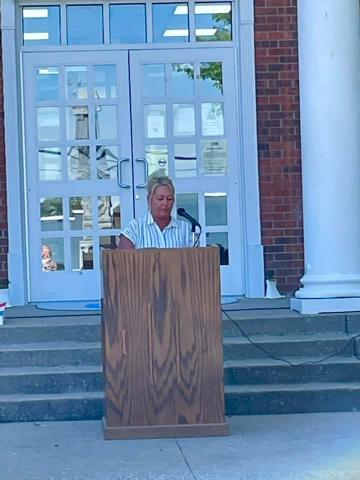 Dana Phelps, Americanism Chairman for the VFW Post 5837 Auxiliary, welcomed everyone in attendance.  Following was Bro. T. J. Howard who led everyone in an opening prayer. 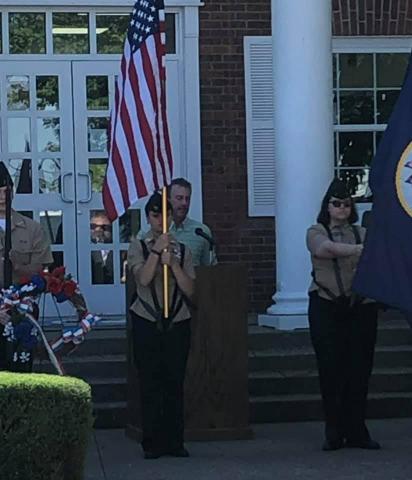 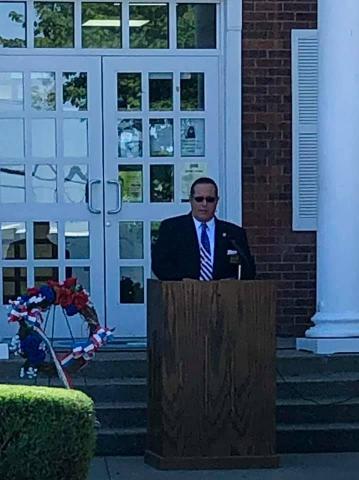 Once Jon Hunt was finished, Keynote Speaker, Mayor Billy Phelps, began his speech.  His speech was a story of a man named Nicholas Johnson.  Mayor Phelps spoke of the countless times Nicholas Johnson thought of his country and family’s freedom over his own life.  After all the sacrifices made by Johnson, he was able to return home where he started a family.  As Mayor Phelps said, “I’m telling you about Nicholas because after everything he went through, even though he survived the war, he was one of the uncountable numbers, whose true sacrifice measured more than we will ever know.” 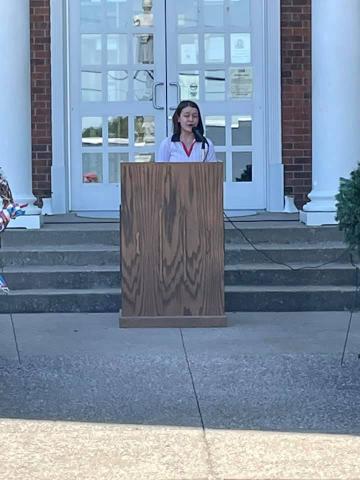 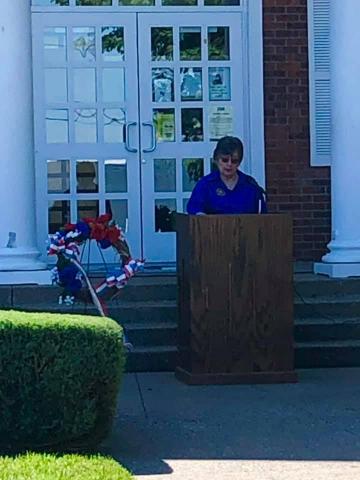 Next, President of the VFW Auxiliary Post 5837, Lynda Knight did a reading of the poem "Enjoy Your Freedom, It Has Been Paid For" by LeAnn Thieman. 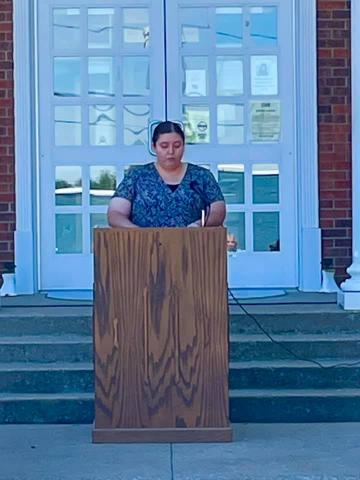 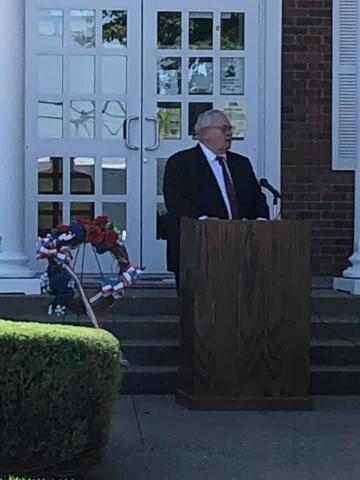 Darlene Scott followed with the “Quilts of Valor” presentation and Ralph Spohn led everyone in a closing prayer.

Before being dismissed, some members of the VFW Auxiliary, Butler County DAR, Green River DAR, and SAR participated in the Laying of the Wreath.