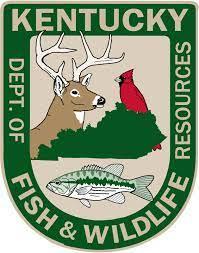 In the special called meeting, members of the Commission voted unanimously to recommend an amendment to the license, tag and permit fees administrative regulation to enable the sale of a Senior Lifetime Sportsman's License at a price of $180.

FRANKFORT — Kentucky seniors interested in buying a lifetime sportsman's license could soon have that option under a proposal passed by the Kentucky Fish and Wildlife Commission in a special called video teleconference meeting on Jan. 13.

The meeting was livestreamed on the Kentucky Department of Fish and Wildlife Resources' YouTube channel, where a replay of the meeting is available on demand.

The Commission is a nine-member volunteer board that represents anglers, hunters and other fish and wildlife-related recreationists of the Commonwealth. The board recommends hunting, fishing and boating regulations. Any recommendations must receive legislative approval before they become law.

In the special called meeting, members of the Commission voted unanimously to recommend an amendment to the license, tag and permit fees administrative regulation to enable the sale of a Senior Lifetime Sportsman's License at a price of $180. The license would include hunting and fishing licenses plus permits for trout, deer, spring and fall turkey, migratory game birds and waterfowl.

Commission member Josh Lillard, who represents the Fifth District in northern Kentucky, made the motion to recommend the change.

“I would like to thank all of the seniors for what they have done before us, paving the way for us to be where we're at today," he said. “I think this is a great option that we can provide them if they choose to do so. They might want to keep buying the yearly license. They might want to buy this just to support the Fish and Wildlife Department. I think that would be great."

Kentucky Fish and Wildlife staff looked at more than a dozen other states that offer a similar lifetime license option for seniors. The average cost was $206.

“If the average is between $200 and $215, I think we're better than that," Lillard said. “We can provide a better option for our seniors. I felt like $180 would be a good deal for those lifetime licenses. That's the reason why I suggested $180."

Commission member Dr. Robin Floyd, who represents the First District in western Kentucky, noted that seniors who might buy the lifetime license would have peace of mind in the assurance that they would not have to pay more in the future.

“If you purchase a senior lifetime license, you no longer have to worry about any increase in the fee during the rest of your life, and I think that's a big benefit," he said.

Kentucky law establishes the authority for the department to offer specific licenses and permits. The department brought a recommendation to the Commission to sell the lifetime license.

Under KRS 150.225, the Commission is authorized to set fees for licenses and permits. These fees must be spelled out in state administrative regulation.

The timing of the meeting and the recommendation were influenced by the department's imminent promulgation of amendments to that same license, tag and permit fees regulation, which the Commission took action on in August 2022.

“We have been working on the language to amend that (regulation) and put that permit fee language in," said Jenny Gilbert, legislative liaison for Kentucky Fish and Wildlife. “The regulation filing deadline is today (Jan. 13) at noon. We have to file this regulation by noon today (Jan. 13) in order to get the appropriate bear chase language updated in the hope that it is effective before the next (bear) season."

The process of amending regulations can take several months. This allows time for public comments and review by legislative committees with jurisdiction over particular subject areas.