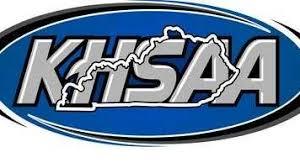 On Tuesday, April 21, the Kentucky High School Athletic Association (KHSAA) announced that they were cancelling the remainder of the 2020 spring sports season as well as the girls and boys Sweet 16 basketball tournaments. According to a press release from the KHSAA, this comes on the heels of an announcement of the closure of all K-12 schools to in-person instruction throughout Kentucky for the remainder of the school year. This means the termination of the Archery, Bass Fishing, Esports, Baseball, Softball, Tennis, and Track and Field seasons as well as the continuance the Coronavirus Dead Period, which had only suspended the spring sports season, until further notice.

“Nothing in mine, or frankly, anyone else’s professional career completely prepared me for this situation since mid-March and the related subsequent decisions. That was probably the hardest thing to deal with,” KHSAA Commissioner Julian Tackett said. “These kids don’t get a chance to finish, especially the seniors, and it is as though they were robbed by an invisible enemy. It is sometimes a little easier in life when there is someone to blame. With this, however, there isn’t. We are all together fighting the same enemy with the same desired outcome.”

“My heart breaks for all athletes, but especially for our seniors, BCHS Head Track Coach Andy Fuller says. “Every one of them have had a lasting impact on the program. Because of them our program is better. Their legacies will be carried on in the younger athletes they have inspired! I am so proud of the hard work everyone had put into the start of this season and hoped it wouldn’t end this way. I look forward to the day when we can compete again. Go Bears!”

BCHS Head Baseball Coach Keith Butler says “with spring sports officially cancelled now, it’s a tough pill to swallow. I came in as an assistant coach with this year’s seniors as 8th graders. The following year, I [became] head coach and did a complete overhaul...They bought in and took charge quickly. This group of seniors is the first group to have not had a losing season throughout their entire high school career in 12+ years! They won the past three out of four district championships. I know it hurts them to not get four out of five, because that was our main goal for this year. This group of seniors will always hold a special place in my heart, because they helped me turn this program into what it can be. Everything we’ve achieved these past years is credited to these seniors that have been leaders their whole high school career.”

“This has been a really challenging situation for our softball program and especially for our senior players. Hannah (Chaney), Evyn (Frazier), Bayleigh (Alford), Haley (Peach), and Ashley (Thacker) have all been key players on our team for many years, said BCHS Head Softball Coach John Embry. “They were part of the first group of players we took when they were in fifth grade. It is really unfortunate that they were unable to experience their senior season. Nevertheless, they are quality individuals whom I am confident will succeed in life. We will definitely miss them.”

“This has been an unprecedented situation in KHSAA sports and across the country. There was a lot of uncertainty and disappointment as the spring seasons were right at the point of starting before things were suspended,” said Brandon Embry, BCHS Athletic Director. “I hate this for our student athletes, their parents and our coaches. Although the seniors have missed their final year, hopefully school athletics will be back as soon as it is safe to resume activities.”

The KHSAA Dead Period remains in effect for all school sports. Therefore, all school facilities and programs are shut down for all sports. That decision is expected to be revisited at the end of May.