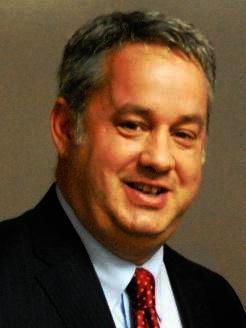 With sickness on the rise and decreasing attendance among students and teachers over the last two weeks, Butler County Schools' Superintendent Scott Howard announced yesterday that classes will be cancelled for the remainder of the week.  That decision was reached Monday afternoon after district-wide attendance dropped to approximately 88 percent.

According to Supt. Howard, school officials had been watching the attendance closely as student absences had been on the rise recently, due largely to influenza but also because of strep and virulent stomach viruses.  Last week Butler County Middle and North Butler (NBE) were most affected; by Monday the number of students absent and signing out had reached a critical level.

Initial Monday attendance across the district was 90.4 before dropping to 88 percent later in the day.  Sixty students were out at NBE and 50 were out at the high school.  Another 25 had signed out sick from BCHS by mid-day.  Attendance at BCMS was also low.

"We were trying to hold on and push through until later in the week but attendance figures kept dropping rapidly," said Howard.  "Too many students were losing valuable instruction time.  Hopefully this break will give everyone - students and staff - an opportunity to get over this sickness," added Howard.

School districts also start to lose state SEEK funding (primary funding formula from the state for public schools), which is based on average daily attendance.

To combat flu, strep and other viruses, Howard said custodial staff at all schools will be thoroughly disinfecting all desks, doorknobs and other appropriate areas over the next several days.

There will be no school on Monday, January 21, due to Martin Luther King, Jr. Day - a federal holiday.  Classes are scheduled to resume on Tuesday, January 22.