City Moves Trick-or-Treating Back to October 31 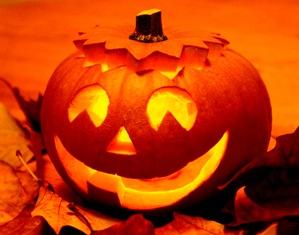 Last night’s meeting of the Morgantown City Council dealt with rescheduling Halloween, a conflict over a modular home permit, recycling, and a statement by the mayor about unspecified allegations against city residents.

Morgantown Police Chief Billy Phelps reported that he had received “tons of calls” on the city scheduling Halloween trick or treating for Saturday, October 29.  Phelps said the MPD would essentially be patrolling two nights for Halloween since many would continue to celebrate Halloween on Oct. 31 and strongly suggested the City Council reverse its decision.  Council member Edra Dean Hampton said she had received negative comments from people about the Saturday date, and Council member Gary Southerland pointed out there was a state band competition that day.  By a unanimous vote, the Council voted to change its Halloween observance back to Monday, October 31 with a 7:00 p.m. curfew.

Anita Minton, nurse for the school system, addressed the Council regarding recycling.  Minton said that recycling needs to be made convenient or people won’t do it.  She said they use a recycling bin in Hadley; bins have five compartments for different materials like plastic and glass.  The issues Minton and the Council saw with obtaining a bin for Morgantown is where to locate the bin in a central location that is well lit and where the property owner would consent to a recycling bin.

Richie Bratcher of Cancer Assistance Inc. told the Council that the Fiscal Court had given his organization $4,000 for a trailer to serve food from and raise funds for the organization.  Since the Council had promised to give a matching amount contingent on the Fiscal Court, the Council voted to donate the funds.  However, Givens cautioned that in the future all organizations need to prepare proposals ahead of the city’s spring budget process, and Hampton said she had gotten feedback from citizens concerned about city government donating money to organizations.

Mayor Keown read a non-specific statement that the city “cannot confirm or deny” allegations involving residents of Morgantown.  She stated the city will take several precautions for public safety and that she had discussed this issue with Chief Phelps.  No details were offered.

House said that work on the G. L. Smith Street sidewalks would begin next Tuesday and the concrete work on the section from Cash Express to Garrison’s would come in under $20,000, a fraction of what was once expected.  The Council and Mayor went over amendments to the project contract and approved the changes.  The city will seek bids on the handrails.

In other business, a meeting on golf cart permitting will be held Tuesday, October 18 involving Council members and Chief Phelps.  Morgantown VFD  Chief Tim Hampton told the Council that Morgantown’s fire rating improved from a 6 to a 5, the first time it had been that low; he also talked about the importance of checking smoke detectors and urged the community to call the VFD first even when attempting to self-extinguish a fire.  Upcoming community events next weekend include Harvest on the Square on Oct. 22 and the Butler County Antique Engine and Tractor Show Oct. 21-22.

Submitted by Debby Burden-Lanham (not verified) on Fri, 10/14/2011 - 12:35pm
I personally am glad to see this has been changed to the "real" date of Halloween. I totally agree that trick or treating shouldn't be held on Sunday when it falls on that day of the week...but it really takes away from the holiday when we move it two days ahead of time, that's kinda like moving Thanksgiving to Tuesday :-)
Submitted by Shannon Harrison (not verified) on Fri, 10/14/2011 - 5:38pm
I personally wish they had not reversed the decision. As someone who works with small children daily, I can say from past experience that when Halloween falls on a week day (which the day does change unlike Thanksgiving)it makes it such a long day for the children to go through their normal daily routine and trick or treat that night. Not only does it make that day a long day for them but the next day as well. I wish the children would have been considered when reversing this decision.
Submitted by C.J. Martin (not verified) on Mon, 10/17/2011 - 10:44am
I agree. I wish it had stayed on Oct. 29, since I, as well as many other people I'm sure, had already made plans for that night.
Submitted by Richard Spiekhout (not verified) on Sat, 10/15/2011 - 9:23am
More tax dollars used for donations. Lower my taxes and I'll make the donations that I want my money used for. Don't take away my money and give it where you see fit. I don't see that as anything but common thievery. Tax dollars are for running the city and providing services. I think the council members need to rethink what there jobs are. If you are not providing a service to the tax payers, don't spend the money.
Submitted by Richard Spiekhout (not verified) on Sat, 10/15/2011 - 9:28am
P.S. I have now made two (2) donations to the Cancer Assistance Inc. One from city taxes and one from county taxes. WT?
Submitted by Connie Embry (not verified) on Sat, 10/15/2011 - 10:56am
I am happy to see Ms. Minton bring up the subject of recycling here in Morgantown. Like Ms. Minton, my husband and I have been faithfully recycling for many years, and saving up the cans, glass & cardboard can get to be a bit of a chore before taking it to the recycling bins in Hadley. I hope Morgantown will see the benefit of this, as other towns have already done, and provide us with a place to take our recycling.
Submitted by Angie Flener (not verified) on Sat, 10/15/2011 - 10:06pm
I personally dont care which day Trick-or-Treating is one,life is WAY to short to be complaining about something like this,as long as the little kids are happy and safe who cares what day it is.Live Laugh and LOVE life one day at a time
Submitted by Steve Daugherty (not verified) on Sun, 10/16/2011 - 11:18am
I like the idea of golf carts on the streets of Morgantown. The doctors' offices, flower shops and funeral homes will be doing great business. Have you seen how fast people go down the streets after adn before school? Especially in front of the courthouse and city hall?