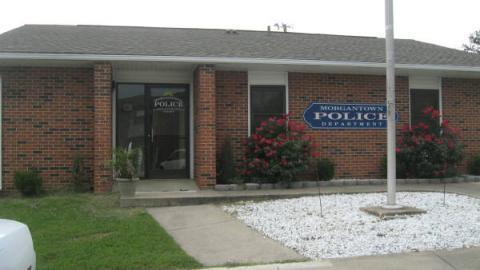 A verified complaint and the defendants' response mark the latest stage in the ongoing conflict between a former sergeant with the Morgantown Police Department and the city and mayor for whom he worked. That conflict has now entered the legal realm with a lawsuit filed in Butler Circuit Clerk by former MPD Sergeant Andrew Gidcumb against the City of Morgantown and Mayor Linda Keown (individually and as mayor).

Gidcumb filed suit on June 18 citing wrongful termination from the city police department.  He was suspended with pay in December of 2012 and his employment was terminated in January of 2013 "based upon allegations of misconduct."

Gidcumb alleges Keown "committed a breach of Plaintiff's employment contract" and "failed to follow the Defendant City's Police Department's progressive discipline procedures by terminating Plaintiff instead of utilizing a lesser penalty with regard to allegations of misconduct."

Consequently, Gidcumb claims that Keown inflicted "emotional distress" when she terminated him "without cause and without following the Defendant City's Police Department Policy and Procedure Manual …  ."

Keown's actions, according to Gidcumb's complaint, was "so outrageous that it offends the generally accepted societal standards of decency and morality."  Gidcumb also claims Keown's conduct was "intentional and reckless."

Gidcumb is seeking a trial by jury, compensation due to monetary damages he claims to have suffered, and reinstatement to his former position as a police officer with the Morgantown Police Department.

For her part, Mayor Keown responded to Gidcumb's complaint through counsel in a response filed July 1.  Keown disputes all of the material allegations made by Gidcumb in regard to his termination from the Morgantown Police Department, stating that Gidcumb "suffered no prejudice, material or otherwise, to his ability to defend against the employment issues that resulted in his discharge."

Keown asserts that Gidcumb was not denied his "statutory and/or contractual rights" before his termination.

Futhermore, Keown's response cites multiple constitutional (U.S. and KY) and statutory reasons as to why Gidcumb is not entitled to punitive damages.

Also, Keown, on behalf of and in her official capacity as mayor of the City of Morgantown, claims "sovereign immunity and governmental immunity" as additional defenses against Gidcumb's complaint.

The mayor's response asks the Court to dismiss Gidcumb's complaint "with prejudice and that he recover nothing."