Cheryl Hughes; When in Rome 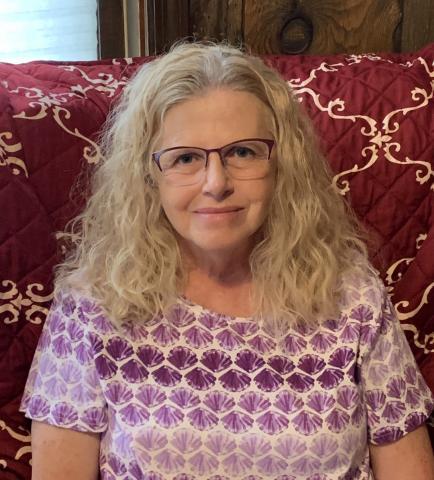 A week ago Sunday, I cut my left thumb with a razor blade.  I was scraping a label from a pickle jar, so I could use the jar for homemade jelly, when the razor blade slipped.  I cleaned the cut, put a Band-Aid on it then continued with my jelly making.  I had to change Band-Aids several times because of the bleeding, which I wrote off to the fact that I am on high blood pressure medicine.

On Monday morning, my thumb was swollen and throbbing, but it didn’t look infected.  I told myself I had probably cut a nerve.  Monday night, Garey took a look at it then told me I needed to soak it in water with Epsom Salts.  I did.

Tuesday morning brought little change, so Tuesday evening, after surveying the swelling, Garey said he wanted to see if he could squeeze some of the infection out of the wound.  I told Garey if he so much as touched my now-constantly-throbbing thumb, I would slap him silly.  Garey said the only alternative would be to soak the thumb in kerosene, like old people used to do.  I told Garey to bring on the kerosene, and I would proceed with the soaking, because he wasn’t coming near my thumb.  He did.  I did.  There was little change, although the scent of the lamp oil brought back fond memories of life with my Grandma Mattingly, so there was that.

Wednesday morning, there was still no change, so I decided to go to Urgent Care.  When the doctor examined my thumb, she said she wanted to get a lab sample just to make sure there wasn’t a bad bacterial infection going on.  When she squeezed my thumb to get the afore-mentioned sample, it took all the self-control I had NOT to slap her silly.  (After quickly remembering that she held the writing of the prescription for antibiotics and any other meds I might need, quite literally in the hand she was using to squeeze out a sample from my throbbing thumb, it became a lot easier to refrain from slapping her silly.)

As the doctor was typing notes into her iPad, she asked if the thumb had bled much when it was cut.

The doctor looked up quickly.  By her expression, I realized I should have said something more medically appropriate like, “It bled profusely” or “It was difficult to staunch the bleeding.”

I’ve always tried to be conscious of my surroundings when I speak, because I know the power of words.  I am of the mindset of those who practice, “When in Rome, do as the Romans do.”  I don’t mean to be pretentious.  There is nothing more tedious than to be in the company of someone who’s trying to be something they’re not.

Have you ever seen the British sitcom “Keeping Up Appearances?”  The storyline follows Hyacinth, who comes from a lower-class family, then marries into a middle-class family, and puts on airs as an upper-class matron.  She is married to Richard Bucket, and insists the name is pronounced Bouquet, as in a bouquet of flowers.  Hyacinth is constantly embarrassed by her less-than-suitable family members, who show up unannounced with their crude manners and behavior.  The show captures in full the hilarity of someone who is pretending to be someone they are not.

I want to make the point here that there is nothing wrong with trying to improve yourself.  Years ago, I saw an interview with Sydney Poitier, a Bahamian-American actor, in which he said, as a young man new to this country, he had been puzzled when he was unable to find a good-paying job in America.  People in charge of hiring pointed to his uneducated background.  Poitier asked himself, “How do they know I don’t have an education?”  The answer was a simple one.  It was the way he spoke.  He set about to improve his situation.  In 1964, Sydney Poitier won the Academy Award for Best Actor for his work in the movie, “Lilies of the Field.”

Sometimes, it is necessary to “When  in Rome, do as the Romans do,” but you know, I am grateful to be surrounded by friends who know what I mean by, “It bled like a stuck pig!”  I’m particularly grateful for a husband who knows to back off when I say, “I will slap you silly, if you come near this thumb!”