Cheryl Hughes: Voices of the Passed 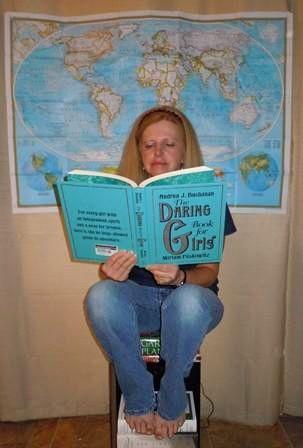 Today, I was thinking about the celebrities who passed away this year.  Many were entertainers who, for me, will be forever connected to my childhood and adolescence.

In 1966, four longhaired, enthusiastic musicians—Michael Nesmith, Peter Tork, Davy Jones and Mickey Dolenz—became the pop music collective known as The Monkees.  They were stars of their own weekly TV show that my sisters and I watched religiously.  Their music was upbeat and positive, with lyrics like “Then I saw her face / Now I’m a believer; Cheer up sleepy Jean; Take the last train to Clarksville and I’ll meet you at the station.”  By today’s standards, they would be considered “lame,” “dorky,” even.  By 1966 standards, they were fun and funny.  Somewhere along the way, fun and funny fell from grace and were replaced with artists who penned dark and brooding lyrics like “Every breath you take, I’ll be watching you; I learned the truth at seventeen / That love was meant for beauty queens; With eyes that watch the world and can’t forget.”  Davy Jones died this year.  He was sixty-six.  For me, he will always be a smiling twenty-something, singing to a twelve-year-old me from a 29 inch TV in my Taylorsville living room.

For many people, Dick Clark is synonymous with New Year’s Eve.  For me, he was American Bandstand, a Saturday morning variety show that ran from 1957 to 1987, featuring the hottest new rock and pop music on the world stage.  Dick Clark had clout.  Every Saturday, featured a different heavy-weight artist or group.  Dick Clark was the person you turned to for the current music information.  If you wanted to be in the know, you sat at the feet of Dick Clark every Saturday morning.  He found the up-and-coming.  He recognized the creative spark and he fanned it into flame.  More importantly, he was a fan, just like the rest of us.  It wasn’t uncommon to see footage of him in the audience at a concert.  Dick Clark died this year at the age of eighty-three.

The death that affected me most was that of Andy Williams.  He was eighty-five when he passed.  From 1962 to 1971, Andy Williams hosted the variety show that bore his name.  Variety shows worked during that time in TV history because there wasn’t the same saturation of music or the performing artists that we see today.  This was before MTV, before the internet, and before minute by minute updates on Twitter.  Aside from magazines, the variety show was one of the few places where you could catch a glimpse of your favorite music stars.

I loved the Andy Williams Show, not just because of the guests who appeared week to week, but because of Andy Williams himself.  He was nice and kind, even though nice and kind were on their way out with the afore-mentioned upbeat and positive.  He wasn’t cool, but then, neither was I.  I felt welcomed in his presence.  His voice wasn’t dynamic.  It was mellow, but sure.  He could be counted on.  In 1972, I was sixteen.  I got up on Christmas morning to find two gifts with my name on them under the tree.  One was a bottle of bubble bath.  The other was an Andy Williams album.  It was the best Christmas ever.

Almost without fail, entertainers tie me to the positive memories of my past.  They are my glass-half-full partners in life.  To be remembered with a smile—we should all be so lucky.