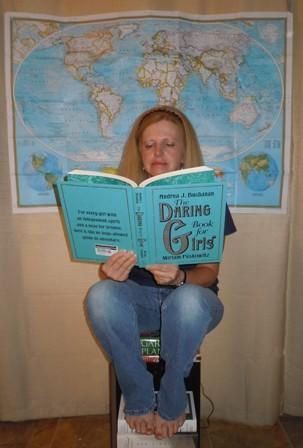 There is a quote by Elizabeth Peters that pretty much sums up the personality of a cat.  “There is no other creature better at delicate rudeness than a cat.  The way to get on with a cat is to treat it as an equal or better yet as the superior it knows itself to be.”

I’ve written about my cat, Figaro, before.  The narrative usually follows the path of his antics, his aggravating other cats or his general non-acknowledgement of the hand who feeds him.  This story is different.  It is about Fig as a sixteen-year-old, half-blind, badly wounded cat.

The attack took place about two months ago.  It was dark out when I opened the back door to see if Fig was ready to come inside.  Even though he is blind in one eye, he still hunts at night sometimes.  The evidence of this takes the form of headless moles and rodent entrails deposited on the mat at the back steps.  On this particular night, when I opened the back door, a large feral cat stared back at me with that glare only a cat can pull off and a throaty half-growl, half-scream that made the hairs stand up on the back of my neck.

I ran the cat out of my back yard with a broom then set out to try to find Fig.  I called and called, but there was no response.  I reasoned that if there were something in my back yard that was twice my size, I’d probably hide too.  I decided to go back inside and wait until morning before I tried calling him again.

The next morning, Fig still didn’t show.  When I returned from work, I searched all his usual haunts, but no cat.  Finally, two days later, fig showed up at the back door in really bad shape.  A chunk of skin and hair was missing from above his left eye and another chunk was missing from the lower jaw on that same side.

I brought him inside and cleaned him up, put medicine on him and offered him some cat food.  All he wanted was water.  He hid out in my granddaughter’s cardboard fort for four days, coming out only to drink water.  I bought those little expensive cans of Fancy Feast cat food—gravy lovers—but he wasn’t interested.  I opened a package of albacore tuna for him, and yes I know how expensive that stuff is, but at that point I would have ordered filet mignon from Rafferty’s if I thought he’d eat it.

Finally, five days in, I was opening a can of salmon because I planned on making salmon patties for dinner that night, and Fig came into the kitchen to check out the familiar sound of the can opener.  I used to feed my cats canned tuna, and I guess Fig associated the sound with happier times, so I seized the opportunity and drained the juice off the salmon into his bowl.  He licked the platter clean.

After the salmon, Figaro began to eat again.  He moved from the box fort into my chair in the BBC room, and didn’t move in annoyance when I sat down beside him the way he usually did before the attack.  He just sat beside me and let me rub him while we watched British mysteries together.  In the evenings he would sit next to Garey on the arm of his chair, and Garey would rub him while we all watched network TV together.  He began to heal.

I would not allow Figaro to go outside for a good two weeks, and really he never made any attempt to run through an open door the way he did before he was injured.  I began to let him go out a little at a time during the day, but I always made him come back into the house when darkness fell.  The funny thing is he didn’t seem to mind the new rules.  He would still climb upon the arm of Garey’s chair for his nightly back rub then settle in for the night on top of the couch or at the foot of our bed.

There is an old English proverb that goes, “A cat has nine lives.  Three to play, three to stray and three to stay.”  Fig has learned like most of us have that it’s easy to be independent when everything is going your way, but when you’re wounded, you’re going to need help.  I guess, he’s living his ninth life, and he’s decided to stick around.