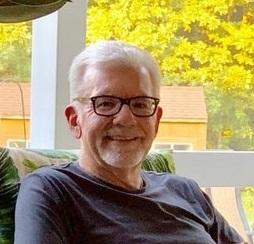 One Sunday morning, I decided to wear my Pandora bracelet to church.  I’m not much of a bracelet person, but my son-in-law, Scott, bought it for me, and he went out of his way to choose charms that would be significant to me, so I decided to wear it.  I couldn’t figure out how the clasp worked, so I put soap on my hands and wriggled the bracelet onto my wrist without opening the closure.  I got to church a little early, so I examined the bracelet in order to see if I could figure out how the closure opened.  I did.  Beads and charms went flying everywhere.  Several rolled up under the chair in front of me, the chair where Don Davis was sitting.

Don turned, looked down at the floor then looked at me, with a very serious look on his face, and said, “You do know, don’t you, that I’m the one who vacuums the church every week.”  Then he grinned, and turned on his phone’s flashlight in order to shine it on the floor, so we could find all of the beads and charms.  After we picked them up, he told me he would go through the vacuum cleaner after he vacuumed that week to make sure we hadn’t missed one.  You know what?  I know he did, because that was how he was.  He always went out of his way to help people.

Don Davis passed away last Saturday, while riding his bike in Simpson County.  He was struck by a vehicle, as he was trying to get off the shoulder of the road and out of the way.  When Garey told me what had happened, I just kept saying over and over, “How can Don be gone?”

Garey and I have sat behind Don and Geneva Davis at MCC every Sunday morning since forever.  Don belonged to a bicycle club in Bowling Green, and we always enjoyed hearing about his rides.  He and Geneva also did a lot of travelling together, and Don would show us pictures before the church service.  They were one of those couples who just belonged together.  Don, with his easy smile and quick wit; Geneva fun-loving and forthright.

I remember the first time I met Don Davis.  I was getting his name and address for my customer base at Valvoline Express.  I noticed the ring on his hand.  “Is that a Bat Man ring?” I asked.

“I’m going to like this guy,” I thought to myself.  I was right.

When we drove up to the church on the Sunday after the accident on Saturday, Garey turned to me and said, “Who’s going to walk his mother in when she comes to church?”  His mom always took Don’s arm to steady herself as Don walked her up the steps and into the building.  I started to cry then, and though I tried, I never made it through the service that morning.  I ended up outside on the bench.

The visitation and funeral were held at our church.  It was filled with people coming to pay their respects and to tell stories about the generosity of this good man.  The members of his cycling club were there. They wore their club jerseys.  One of the flower arrangements had a note that said how Don had always looked out for his fellow cyclists and had always kept them safe.

Josh Scott preached the funeral.  He told stories about how Don would always bring Josh’s son, Cohen, super hero comic books , and how Don had vacuumed the church every week for over a decade, and that it was Don who had donated the new flooring for the foyer and entrance to the sanctuary for the improvements that were made last spring.  At the time, Don hadn’t wanted anyone to know.  That didn’t surprise me.  Don didn’t do things for the glory.

At the visitation, as I neared the front of the line to talk to Geneva, I noticed a small drawer in the casket where Geneva had placed one of Don’s Bat Man rings and some other memorabilia.  I had on my Pandora bracelet in remembrance of the day Don helped me pick up all those beads and charms.  I looked down at the small horse charm Scott had picked out for me.  I lost both of my horses this past spring to Cushing’s disease.  Their deaths almost broke me in half.  I asked Geneva if it would be okay to put the small horse charm in the drawer with the rest of the things.  She said the gesture would mean a lot to her.

At times like these, people always say, “He’s in a better place,” and you know what?  Don is in his better place.  He’s just not in ours.  And we will all miss him terribly for a very long time.